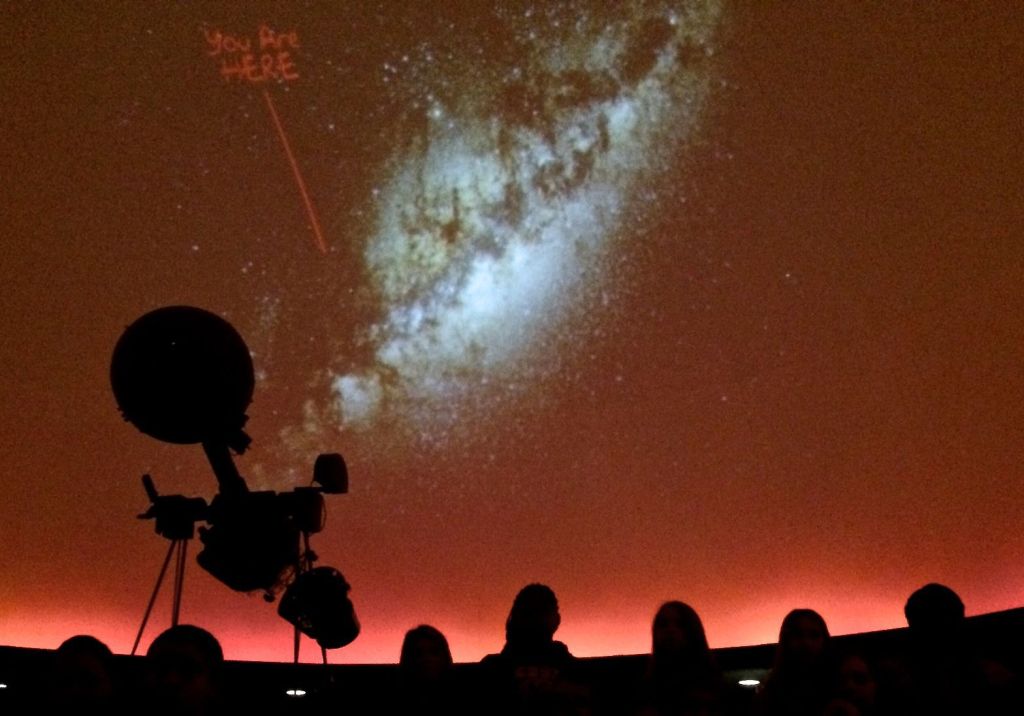 Note:
July 30: The Woodson Planetarium invites you to join along as we identify patterns in our Salisbury skies, spotlight various 2014 Earth-observing satellite missions, and enjoy the Perseus and Andromeda constellation story as told through the lasers. Showtimes (9:45-10:45, 11:00-12:00, 12:15-1:15)
Aug. 6: The Woodson Planetarium will be undergoing renovation the week of Aug. 6. Thanks to the Robertson Family Foundation, the planetarium will receive a new and improved cove lighting system. This grant makes it possible to bring advanced technology into our special space! Due to this renovation, the Aug. 6 public opening has been cancelled.

School may be out for summer, but that doesn’t mean the learning has to stop.
Horizons Unlimited is offering six opportunities for the community to visit its planetarium for an interactive, educational experience.
Held on select Wednesdays throughout the summer, community members of all ages can attend a show and learn about outer space and summer constellations and enjoy a laser show.
“Every show is going to be different,” said Horizons Unlimited Science Specialist Jennifer Barbee.
Wednesday’s show focused on what Barbee calls “our special star” — the sun.
Upcoming presentations will cover the moon, an overview of the solar system and earth.
After talking about the sun’s size, shape, content and abnormalities, she moved on to summer constellations.
“We’re going to pretend it’s nighttime,” she told her audience as she projected stars on the planetarium’s domed ceiling. Then she showed where different constellations would be located in the summer sky using a laser pointer.
Following the lesson on constellations, attendees were treated to a laser show set to music.
“It’s a whole lot easier to get a lesson this way than in a book,” said Saundra Roberts, who brought her son and daughter to the planetarium’s first event.
Barbee said the planetarium show is an opportunity to escape the summer heat and “come in and get cool,” while still having fun.
Not only do visitors learn about space in the planetarium, they are also able to explore the program’s other exhibits between shows.
Horizons Unlimited has a scale model of a NASA lunar lander, a Native American artifact collection, a rainforest exhibit, the 19th century Setzer School and the Smith Exploratorium Nature Trail.
Horizons Unlimited’s primary function is to be a “service to the public school system,” Barbee said, but added that “meeting families is an extension of what we do.”
Opening up the planetarium shows to the public means the audience can be very different from your average school group.
The remaining show will be held July 30 at 9:45 a.m., 11 a.m. and 12:15 p.m. Tickets are $2 each. Shows are approximately an hour long, and doors open 15 minutes before each show. The Margaret C. Woodson Planetarium is located at the Horizons Unlimited facility, 1636 Parkview Circle in Salisbury.