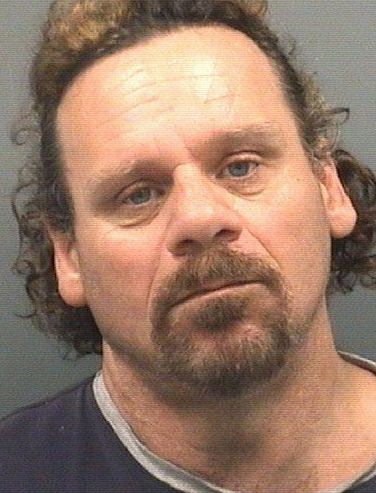 Man wanted in NJ found in Salisbury home, jailed under half million bond

Police found a man Wednesday morning who was wanted by New Jersey authorities hiding inside a Salisbury home.

Michael Edward McGaffney, 53, was found at a home in the 800 block of Bringle Ferry Road, just before 2 a.m.

McGaffney is listed on the most wanted page of the Atlantic County Sheriff’s Office in New Jersey. He’s wanted for burglary, weapons possession and failure to appear.

Salisbury Police received a tip that he was in the  home. The police, along with Rowan County Sheriff’s deputies, went to the home, where they could see McGaffney through a kitchen window.

Officers knocked and identified themselves and saw the curtain move on at upstairs window. When no one came to the door, authorities kicked the door in, said Police Capt. Shelia Lingle.

McGaffney was found hiding inside an upstairs bedroom closet. He remains in the Rowan County Detention Center under a half a million bond.

• A woman reported Monday a door was damaged in an attempted break-in at the 1700 block of Second Street.

• A man reported Tuesday an unidentified man sprayed him with pepper spray and left the scene in the 500 block of West Jake Alexander Boulevard.

•A woman reported Tuesday someone stole her license plate in the 400 block of South Martin Luther King Jr. Avenue.

• A man reported Tuesday someone stole his license plate in the 200 block of West Fisher Street.

• A man reported Tuesday a vandalism occurred sometime between July 16 and Tuesday in the 1400 block of South Main Street.

• A man reported Tuesday a larceny occurred in the 300 block of Bendix Drive.

• A woman reported Tuesday a larceny in the 700 block of South Ellis Street.

• A woman reported Tuesday someone stole her vehicle in the 800 block of Ivy Street.

• A woman reported Monday someone physically assaulted her in the 1000 block of Mainsail Road.

• A woman reported Monday a burglary in the 400 block of Beagle Club Road.

• Alexander Franklin Lyles, 18, was charged with misdemeanor assault in the 4200 block of East N.C. 152, Rockwell.

• Kim Aaron Baker, 54, was charged Monday with misdemeanor assault on a female in the 200 block of North Main Street.

• Jennifer Elizabeth Swanda, 37, was charged with a felony for obtaining a controlled substance by fraud/forgery.

• Terrion Nkeisha Thompson, 27, was charge with misdemeanor possession of a controlled substance in the 300 block of Adolphus Road.