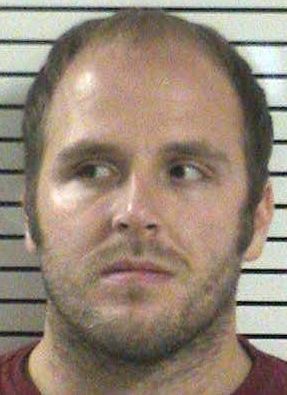 Iredell County Sheriff’s Detectives arrested Michael Dewayne Honaker, 26, of Craig Street, Statesville, on Wednesday, charging him with felony assault with a deadly weapon inflicting serious injury, felony assault inflicting serious bodily injury and felony infant child abuse causing serious bodily injury.
On July 17, 2014, the Sheriff’s Office learned that a 2-month-old infant was being treated at Iredell Memorial Hospital for possible child abuse. The child was in respiratory distress and possibly had a subdural bleed. The child was transported by helicopter to Levine’s Children’s Hospital in Charlotte.
It was discovered that the child had a subdural hematoma (bleeding outside the brain) and extensive bilateral retinal hemorrhages (abnormal bleeding of the blood vessels in the retina, the membrane in the back of the eye). Both symptoms are indicators that the child may have been abused by being shaken.
After conferring with physicians at Levine’s and interviewing multiple family members, Det. Sgt. Brian Fink and Det. Sgt. Amy Dyson charged Honaker, the child’s father. Honaker was placed in the Iredell County Detention Center under a $300,000 bond.
The child was originally listed in critical but stable condition, but has been upgraded to stable condition. He does have serious injuries and is going to require lengthy medical treatment, according to a release from the Iredell Sheriff’s Office. It is too early to determine what, if any, long term medical problems the child will have.