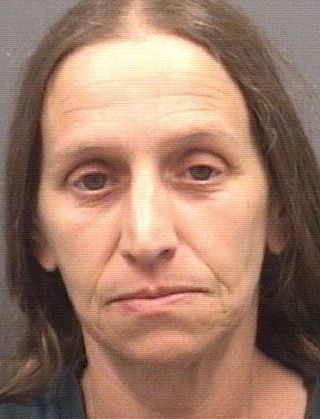 Authorities say a Mooresville woman was located nearly two weeks after her mother says the woman cashed more than $2,000 in stolen checks.
The Rowan County Sheriff’s Office charged Bonnie Danette Breedlove, 50, of the 100 block of Edwards Road, with 16 counts of felony obtaining property by false pretenses.
She was arrested Monday afternoon at her mother’s home.
Wanella Eidson told investigators on July 10 she discovered her bank account had been compromised. Her bank informed her that several checks had been written out to her daughter, Bonnie Breedlove, and cashed them in her name and some as cash only.
Deputies found the checkbook in Breedlove’s pickup. She gave deputies permission to search her truck. Deputies found the mother’s checkbook inside the truck’s glove box. The incidents occurred from May 18 to July 8 and totaled $2,590, officials said.
A report said some of the checks were cashed at a bank while others were cashed at check cashing businesses. The checks were in varying amounts including one for $300 and the lowest being $90, the report said.
Breedlove remains in the Rowan County jail under a $16,000 secured bond.
On July 12, Breedlove was charged with misdemeanor larceny and jailed under a $1,000 secured bond for taking the checks.
Contact reporter Shavonne Potts at 704-797-4253.