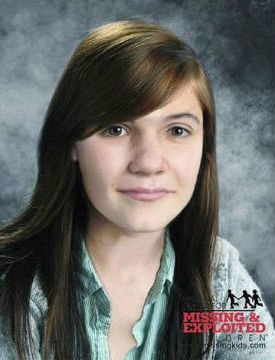 Rowan County Sheriff Kevin Auten will hold a press conference next week to answer questions regarding the investigation into the disappearance of Erica Lynn Parsons, reported missing nearly a year ago.
The now 16-year-old had been missing for nearly two years when her adoptive brother, Jamie Parsons, reported her missing on July 30, 2013.
Her adoptive parents, Casey and Sandy Parsons, have maintained they sent Erica to live with her biological grandmother, Irene Goodman.
The Parsonses said they left Erica with Goodman at a Mooresville restaurant and have not seen her since. Sandy and Casey have not been charged in Erica’s disappearance but have been the subject of a law enforcement investigation.
Investigators believe the couple have been untruthful throughout the investigation. The Parsonses deny that.
Auten has received numerous interview requests regarding the Parsons investigation, a statement said. Since the sheriff cannot accommodate each request individually, he’ll meet with media outlets Tuesday at the same time.
The time and location of the press conference have not been announced.
The sheriff will allow each reporter to ask three questions and has asked that questions be submitted in advance. Repeat questions will be removed.
“We appreciate your cooperation and continued efforts to help us publicize Erica’s disappearance,” the statement said.
This will be the second press conference officials have held since the investigation began nearly a year ago. In January, Auten, along with FBI agents, held a press conference announcing an increase in the reward for information in the teen’s disappearance. The reward now stands at $35,000.
Officials released an updated flyer about Erica during that January press conference that included a photo of Erica from 2011 and an age progression photo created in 2013 by the National Center for Missing and Exploited Children.
There’s been little known activity in the case since investigators searched at Sandy Parsons’ father’s property in China Grove. But authorities have said they continue to investigate. It was at least the second search of that property. In August, investigators found baby teeth, a hammer, and other items in a shed that William Parsons told detectives only his son, Sandy, and daughther-in-law Casey had access to.
Investigators have on multiple occasions spoken with relatives who said the couple abused Erica. The Parsonses have denied that.
Contact reporter Shavonne Potts at 704-797-4253.

Since July, Clint Mauldin and dozens of other local and state investigators have been looking into the mysterious disappearance of... read more