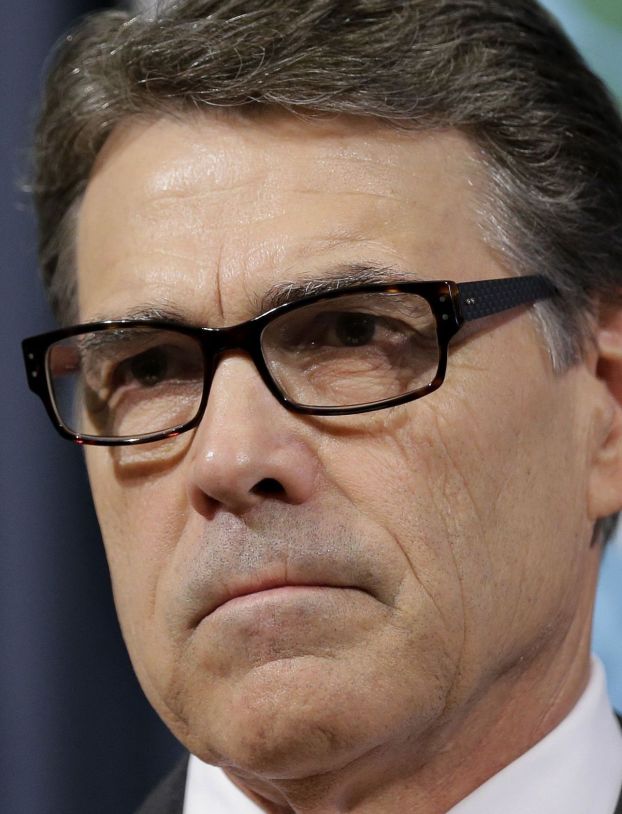 AUSTIN, Texas (AP) — Gov. Rick Perry is deploying up to 1,000 National Guard troops to the Texas-Mexico border over the next month to combat what he said Monday were criminals exploiting a surge of children pouring into the U.S. illegally.
Perry, a vocal critic of the White House’s response to the border crisis who is himself mulling a second presidential run, said the state has a responsibility to act after “lip service and empty promises” from Washington.
“I will not stand idly by while our citizens are under assault and little children from Central America are detained in squalor,” the governor said.
The deployment of National Guard troops, which may act in a law enforcement capacity under state authority, will cost Texas an estimated $12 million per month. They will simply be “referring and deterring” immigrants and not detaining people, Texas Adjutant General John Nichols said. But he added that the National Guard could take people into custody if need be.
“We think they’ll come to us and say, ‘Please take us to a Border Patrol station,” Nichols said.
Messages seeking comment were left with the U.S. Customs and Border Protection.
Perry bristled at suggestions from some Democratic state lawmakers and business groups that his move means Texas is militarizing is southern border.
Still, Cameron County Sheriff Omar Lucio said he didn’t know if troops would be coming to his part of the border and questioned what good they would do if they did.
“Those people are trained for warfare, not for law enforcement,” said Lucio, whose county includes Brownsville. “I think the money would be better spent if they would give it to the local law enforcement that is close to the border.”
More than 3,000 Border Patrol agents currently work in Texas’ Rio Grande Valley, but Perry had repeatedly asked President Barack Obama to send the National Guard to the border amid an influx of immigrants.
Since October, more than 57,000 unaccompanied children and teenagers have entered the U.S. illegally — more than double compared to the same period a year earlier. Most have been from Honduras, Guatemala and El Salvador, where rampant gang violence and intense poverty have driven tens of thousands of people outside their borders.
Obama administration officials have said that the flood has slowed in recent weeks, with Border Patrol agents in the Rio Grande Valley finding fewer than 500 children last week compared to as many as 2,000 a week last month.
Perry, though, said that, for years, the federal government failed to secure the border and suggested that criminal gangs could be exploiting the recent surge to make things worse. He said more than 200,000 criminals in the country illegally had been booked into Texas jails since 2008, many for drug-related offenses but also for homicides and sexual assaults.
As governor, Perry can deploy National Guard troops, but that means Texas has to pay for it. An order by Obama would have meant Washington paid. Still, Perry and other top Texas conservatives said they expect the federal government to eventually reimburse the state.