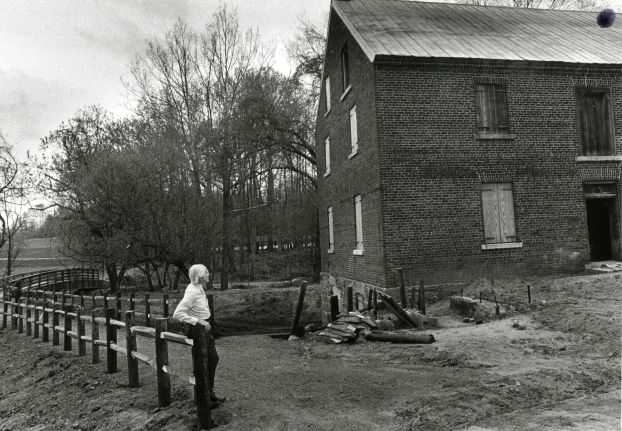 This photograph was taken in April 1983, about a month before the dedication of Sloan Park, which features Kerr Mill, a National Register of Historic Places landmark and one of the few surviving brick antebellum gristmills in the state. The mill, which has been restored and now includes a water wheel, was constructed in 1822-23 for Joseph Kerr primarily as a custom mill to provide flour, cornmeal and feed for his plantation and its surrounding neighbors. The property passed into the hands of Jim and Carrie Sloan, who donated the mill and some surrounding property to Rowan County in 1973. Here, Jim Sloan, now deceased, takes an admiring look at the old mill from a fence built in anticipation of the county park’s opening in the following month. Sloan Park is named for Jim and Carrie Sloan.

SALISBURY — Led by a four-year gift of $1 million to Catawba College to help finance its new nursing program,... read more