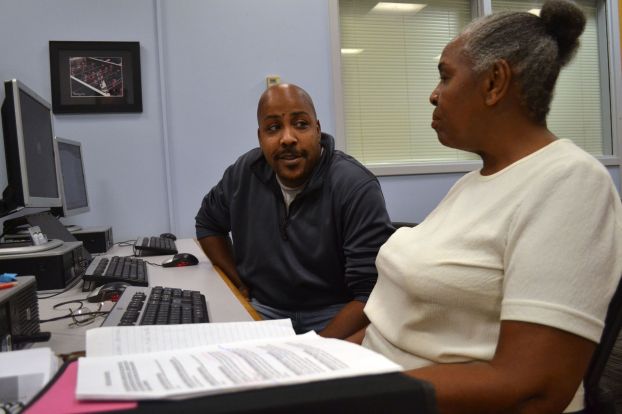 South Carolina woman back in school at age 73

SUMTER, S.C. (AP) — Sumter resident Betty Brown is not your typical college student. She isn’t an 18-year-old fresh out of high school with the world as her playground. She isn’t inexperienced or unaware of the obstacles in life. In fact, she has encountered a few and overcome them.
She might not be a teenager, but at 73, Brown’s dreams and goals are as big as those of a naive teenager waiting to start college to experience independence and success.
When Brown sits in her Central Carolina Technical College classes Monday through Wednesday, she is obviously unique — different from her fellow classmates. Like any other student, Brown frequents the Student Learning Center on the school’s main campus and has become familiar with the tutors.
Brown has lived in three states, raised six children and retired twice, but even after those accomplishments, it seems she is just getting started.
Brown was born in Horatio and raised in the Sumter area, where she attended Green School — a school designated for black children that closed with less than 100 students enrolled in 1968. Brown attended Lincoln High School but dropped out in 1957 and didn’t complete her studies.
“I married at 17, and I moved to New York in 1983. Then I lived in New Jersey from 1984 to 2000,” Brown said. “In 1982, one of my daughters graduated from high school, and then in 1983, I received my diploma from adult education. As a matter of fact, I wore the same gown as my daughter.”
Brown said she was married for 13 years before she returned to South Carolina, keeping in mind that she had six children to care for. Before receiving her high school diploma, Brown briefly worked for Pioneer Dress in Sumter and then worked for Olympia Mills in Columbia.
Despite living in different states, working and taking care of her children, Brown said she continued to slowly work toward her goal of completing school and receiving a college degree. As she worked different jobs, she always signed up for classes at a nearby school, including taking classes while in New York and attending the Newark Skill Center where she learned basic computer skills. In 2005, Brown continued to feed her insatiable appetite for knowledge by completing a semester at USC Sumter and then taking classes from 2011 to 2012 at adult education on Main Street.
“I’ve always been in school off and on and working even when I was in New York and New Jersey. When I went to USC Sumter for a semester, I really wanted to get the feel of being in a college classroom. When you’ve been away for so long, you see everything has changed. Even math seemed to change,” Brown said, laughing.
While juggling a number of responsibilities and taking refresher courses, Brown said she retired from University of Medicine and Dentistry Hospital in Newark, New Jersey, in 2000 and then retired again from Walmart 10 years later.
In one of her classes, Brown recalled one of her classmates insisted on sitting next to her.
“I can’t remember his name, but he sat next to me and said, ‘I’m sitting with you because you inspire me,’” she said. “That felt good, and it’s just such a blessing.”
With confidence and determination, Brown is taking two classes during the summer session with the desire to receive an associate’s degree in criminal justice. Besides taking summer classes, Brown is an active member and usher at Clinton Chapel AME Zion Church in Sumter and a member of Sumter’s Mary McLeod Bethune chapter of the National Council of Negro Women.
After she receives her associate’s degree in criminal justice, Brown said she hopes to re-enroll at CCTC to get a degree in religion. She said her desire to finally fulfill some of her goals is still strong even after her children have been raised and cared for and after she has retired from two jobs.
“I can now put everything aside to do some things I want to do. My children are grown and able to stand on their own,” she said. “I have time now to have some me time.”
Brown’s 74th birthday was July 15, and she said she has been through a lot, but reaching her goals is still important to her. Three of her daughters now live in New York, one daughter lives in Florida, and her sons reside in South Carolina.
“I’ve had my ups and downs, but through it all, I’m still able to try to make accomplishments,” she said. “I am proud of that, and it’s really a blessing.”

CHINA GROVE — On a stroll through the crowded streets of China Grove for Farmers Day, it was hard to... read more