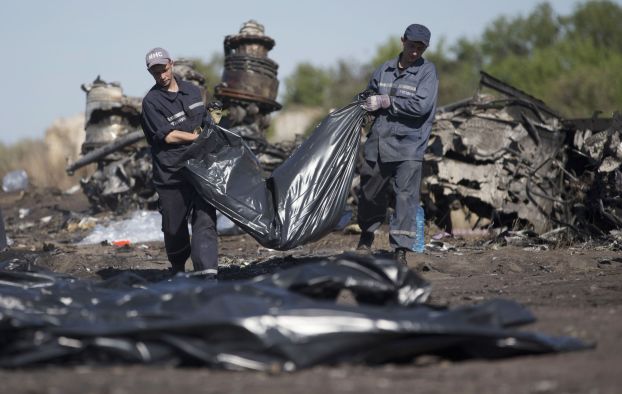 Your daily look at late-breaking news, upcoming events and the stories that will be talked about today:
1. KERRY, BAN SHUTTLE TO MIDEAST AS PALESTINIAN DEATH TOLL PASSES 500
The bloodiest day in two weeks of violence leaves 85 Palestinians and 13 Israeli soldiers dead.
2. WHERE SURGERY IS DONE BY THE LIGHT OF A MOBILE PHONE
Amid power cuts and the screams of the bereaved, doctors at the 600-bed Shifa Hospital in Gaza, many unpaid for months, have become masters of improvisation in nightmarish conditions.
3. INTERNATIONAL INDIGNATION GROWS OVER JET CRASH SITE CONDITIONS
Obama and leaders of major European powers call on Russian President Putin to rein in the insurgents who are holding the bodies of the dead and the charred remains of Malaysian Airlines Flight 17.
4. WHAT COULD HELP SLOW WESTERN WILDFIRES
Cooler temperatures and lighter winds are forecast for wildfire-stricken Washington state, where blazes have scorched hundreds of square miles.
5. WHEN TWO WORLDS DIVIDE: THE RESERVATION AND HIGHER EDUCATION
A growing number of universities are offering programs to recruit and prepare Native American students for a transition to college life.
6. SMALL FLORIDA TOWN STUNNED BY COPS’ TIES TO WHITE SUPREMACISTS
Fruitland Park residents react not only with shock, but disgust following revelations police officers there could be involved with the Ku Klux Klan.
7. JUST WHEN YOU THOUGHT IT WAS SAFE TO GO BACK IN THE GIFT SHOP
A NOAA study finds the number of great white sharks off the Eastern U.S. and Canada is surging after decades of decline. And that’s bringing in tourists — and their money — by the boatload.
8. JAMAICA FACES SEVERE DROUGHT
The water shortage is threatening the Caribbean nation’s small farms which have no irrigation systems and rely entirely on rain.
9. IRAN CONVERTS, DILUTES SENSITIVE ENRICHED URANIUM
Tehran has turned hundreds of pounds of enriched uranium closest to the level needed to make nuclear arms into more harmless forms, the U.N. says.
10. WHO WON THE BRITISH OPEN
Rory McIlroy made two key birdies around the turn, and delivered a majestic drive at just the right moment to close with a 1-under 71 and complete his victory.

SALISBURY — Led by a four-year gift of $1 million to Catawba College to help finance its new nursing program,... read more