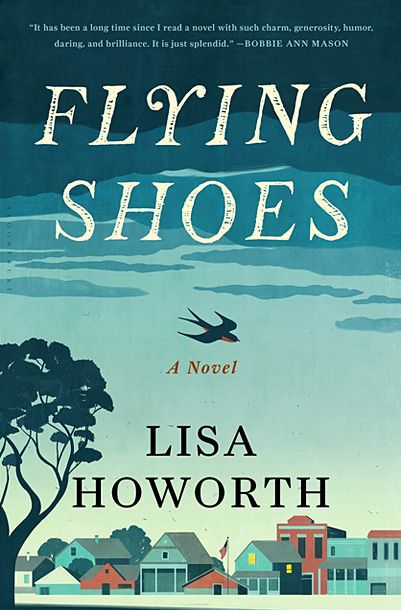 We’re deeply into summer now and the start of school is not far off. But you still have time to try something new from the slew of books released this year.

We can recommend “All I Have in This World,” by Michael Parker and “The Storied Life of A.J. Fikry” by Gabrielle Zevin for fiction lovers. “The First American Declaration of Independence,” by Scott Syfert is a fun history book that examines the puzz-ling question of the existence of the 1775 Mecklenburg Declaration.

Here’s a few other ideas from sources in the know.

“Half a King,” by Joe Abercrombie, a “bloody fantasy world of battle and intrigue.” The reviewer liked it because it has lots of action, is fast-paced and full of appealing characters.

“We Were Liars,” by E. Lockhart. The reviewer described it as an “utterly immersive story of family privilege, young love and insurmountable tragedy.” Cadence, 17, has suffered an inexplicable accident and comes back to the place with her cousins (The Liars) to try and regain her memory.

“Carsick: John Waters Hitchhikes Across America,” by John Waters. The book begins, “I haven’t felt this excited or scared for a long time.” Expect Waters’ unconventional take on the road. It’s made up of two novellas. Publishers’ Weekly calls it a “flavorful book, with … cheeky sentimentality.”

“Land of Love and Drowning,” by Tiphanie Yanique. It’s the tale of three shipwrecked orphans in the Virgin Islands and follows the family and nation for three generations. Also recommended by Publishers Weekly.

You’ve seen it on the bestseller list for weeks — “Flash Boys,” by Michael Lewis, subtitled, “A Wall Street Revolt.” Lewis looks at post-recession markets. This book will educate you about financial schemes and you’ll be glad Lewis taught you — and horrified.

How about something from B.J. Novak of “The Office”? Try “One More Thing, Stories and other Stories.” It’s a collection that’s “touching, absurd and hilarious,” according to Mashable, “… perfect for a relaxing summer.”

“The Vacationers” has made more than one list and has been a regular on bestseller lists. Author Emma Straub takes readers to the beaches of Spain for a family’s dramas. Mashable: “Will leave you feeling like you just took a family trip — laughing, exhausted and filled with love.”

Indiebound’s July Indie Next List has several books that are on other lists, including Rainbow Rowell’s “Landline,” a hilarious story of a marriage on the brink, and “Last Night at the Blue Angel,” by Rebecca Rotert, a story of a sultry jazz singer in 1965 Chicago.

Chris Bohjalian, who’s visited Salisbury twice with his books, has a new novel, “Close Your Eyes, Hold Hands,” about a nuclear power plant meltdown in Vermont that orphans a young teen and sends her on the run.

Don’t laugh at the source, it has some decent suggestions, including “Flying Shoes” by Lisa Howorth, described as a novel about a crime gone wrong, but not a crime novel. EW says, “It’s a beautiful portrait of the South, complete with rich characters and humor.”

“Written in My Own Heart’s Blood,” another frequent visitor to the bestseller list, by Diana Gabaldon, is the eighth installment in the Outlander series, eagerly awaited by many fans.

It’s pretty hard to read on a tablet at the beach, but there are new e-releases, including “California,” by Edan Lepucki, a “deeply disturbing vision of the future,” according to kobo, an independent ebook site.

“Fever” is a hot new thriller showing up on lots of lists. It’s another one of those pandemic stories about a mysterious contagion spreading in an idyllic suburbia.

Dorothea Benton Frank’s “The Hurricane Sisters” is available as an ebook and in other formats. She serves up her usual take on the South with a funny, poignant multi-generational story.

And you can still be part of the Summer Reading Challenge, with “Manhunt: The 12-Day Chase for Lincoln’s Killer,” by James L. Swanson, and Alice Munro’s collection, “Hateship, Friendship, Courtship, Loveship, Marriage.” There will be a discussion of “Manhunt” on Tuesday, July 29 at 7 p.m., at the Norvell Theater, and of Munro’s book on Tuesday, Aug. 12.