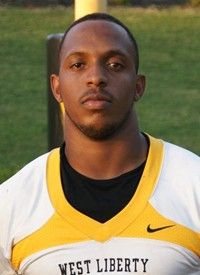 MOUNT ULLA — Quentin Sifford isn’t just playing college football in West Virginia, he’s playing about as far away as you can go in West Virginia.
Former Salisbury quarterback John Knox plays for West Virginia’s Charleston University, about four hours north of Salisbury, up I-77, while former West Rowan linebacker Sifford’s home is West Liberty in Wheeling. Wheeling is three hours north of Charleston, so that makes it seven hours from Salisbury.
By the time you get to Wheeling, if you’ve got any voice left, you can holler at the Steeler fans in Pittsburgh, Pa.
The first time Sifford made that trip to Wheeling was his recruiting visit, and he was pretty sure it would be his last. Too far, too high, too scary.
“My eyes got big with all those curves going up through the mountains,” Sifford said with a laugh. “Coach (Scott) Young was driving me up there — and driving pretty fast. I remember thinking, “I really don’t think is for me.’”
As it turned out, West Liberty was the place for the 6-foot, 230-pound Sifford, and he’s done OK.
“I’ve gotten used to the mountains and I’ve gotten used to being so far from home,” Sifford said.
The toughest time was the redshirt year. That was the 2011 football season. Sifford made adjustments.
On the football field, the adjustment was from linebacker where he’d played for West’s 16-0 3A champions in 2010 to being a defensive end.
“I really like defensive end, though,” Sifford said. “At linebacker, you’re making calls and making reads. As a defensive end, I’m usually just trying to beat a guy to get to the quarterback, and I’m pretty good at getting to the quarterback. The coaches saw that right away.”
Off the field, the adjustment was getting home to see his family just twice each school year.
“Christmas and hopefully spring break, and that’s it,” Sifford said.
Well, there was a third time last September. That’s when West Liberty played its season opener at Catawba in what amounted to a bonus homecoming for Sifford.
Sifford’s first college game action came in the second game of his redshirt freshman year in 2012 when West Liberty played at Virginia State. His first stop was for a loss of 3 yards. Then he made a tackle for no gain, and then he forced a fumble.
“I wasn’t expecting to play at all, so I ate this big pregame meal,” Sifford said. “That wasn’t a good idea, but when they put me in I made a couple of plays in a row. That game let me know I belonged — that I could play at the college level.”
He’s built on that nice debut. After two seasons, his career numbers are 50 tackles, with 18 tackles for loss, including seven sacks. He started the first six games last season but came off the bench in the last five. He had productive games in both roles.
“Maybe I was starting get the big head a little bit, but that experience of not starting humbled me a lot,” Sifford said. “It got my mindset right again.”
As far as the game circled on Sifford’s calendar for 2014, that’s the one at Charleston on Oct. 30.
“Charleston is probably our biggest rival right now, and it’s a game that means even more to me with John (Knox) playing for Charleston,” Sifford said.
Charleston beat West Liberty 26-9 last October, although Sifford had a good game. He tackled Knox, a multi-purpose offensive player for Charleston, twice and he also broke up a third-down pass intended for Knox to force a punt.
“I helped John up whenever I hit him, but I made sure he knew it was me that tackled him,” Sifford said with a chuckle. “After the game, John let me hear it a little bit about who won the game, and I reminded him it was 28-0 when our teams played in high school.”
Knox directed Salisbury to the 2A state championship as a senior in 2010, but Sifford’s memory is accurate. His Falcons did beat the Hornets 28-0 on their way to the 3A title. That’s how good West was in those days.
Losing frequently has been another adjustment for Sifford. West Liberty has been 6-5 and 3-8 in the two seasons he’s played and that’s been hard to stomach after 16-0. He’s drawn on the lessons he learned from Coach Young at West and also from Brian Hinson, Catawba’s current offensive line coach. Hinson coached Sifford through good times and bad times when he played at East Rowan from 2007-09.
“Coach Hinson always taught finishing strong, and that’s what I’m trying to do here,” Sifford said. “The coaches want to me more of a leader for your young guys, to be more vocal, and I’m doing that.”
Sifford said he’s doing well in the classroom in his exercise physiology major. He hopes to become a therapist or trainer — something around football — when the day comes for him to hang up his jersey.
West Liberty’s Hilltoppers struggled offensively in 2013, scoring 13 points a game, but Sifford believes a turnaround isn’t far away.
“I think we’ll be a lot better this year,” he said. “The offense beat the defense in our Spring Game, and we all looked at that as a good thing. We’re excited about the season.”
It’s a season that will be here before you know it. West Liberty opens at home against defending league champ Shepherd on Sept.6.