Bike repair should make for smoother ride down the coast 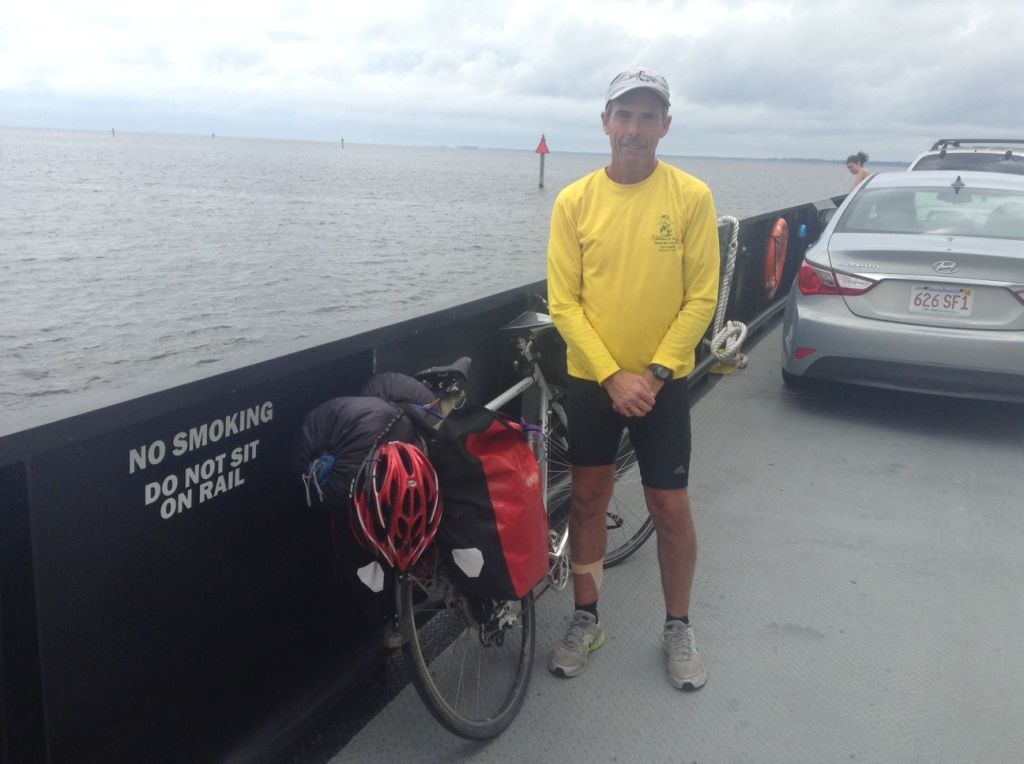 Yesterday, my bike started giving me serious trouble on shifting. Just about anytime that I would be straining the bike, there was a chance that the pedal would stop turning.
The chain was doing some popping too. As it became more frequent, I knew that a visit to a good bike shop was in order.
As usual, I am a tremendous optimist so I hoped that the bike problems would lessen or that I could figure out the cause.
With that in mind, I eased out of Plymouth and rolled through the first 20 miles without incident. There were a few early rising dogs that wanted to give chase, but very few cars. I got to Pinetown first, and I don’t think anybody noticed. In fact nobody was moving.
Next came Bath. I had never been to the oldest town in North Carolina. It is a pretty little town, made more special by endless historical markers — North Carolina’s oldest house, the first library, the oldest church and all the history of Blackbeard. There was a special exhibit in the visitor’s center on Blackbeard and artifacts from the pirate times of Bath.
The North Carolina State Ferry to Aurora was just up the road and that is where I headed next. Along the way, the bike really started acting up. While waiting for the ferry, I called the nearest bike shop. Flythe’s Bike Shop was over 35 miles away and with the way my bike was behaving, I didn’t know for sure if I could get there. My plan was to push hard for New Bern as soon as the ferry ride was over.
It was scheduled to leave at 12:15 p.m. and last about 30 minutes. During this time, I met Bill and Liz Murphy of Washington, N.C., and Phil and Barbara Craig from Bath. Too soon the beautiful ride was over. The ferry rides are free, so at least one car load got off on the other side and immediately drove back on to ride again.
Now the race was on to see if I could get the bike repaired. Several times, I called Flythe’s to tell them that I was coming. Pushing hard for several hours with a faulty bike made me feel like a part of the Tour de France.
A traffic angel named Brittany stopped to give me a great shortcut. Finally, I pulled into the bike shop at just before 5 p.m. A very competent trio of bike experts took care of the bike. Turns out that all the climbing earlier in the ride had worn out the crank, effectively wearing out the low gear. I got a new crank, a great pair of used pedals, a quick tune up and I was out the door by 6 p.m., 30 minutes after they usually closed.
Steve, Mac, and Shawn took great care of the bicycle and donated their labor to my ride. It rides wonderfully now, especially with the different gearing.
With all the bike problems and the rush to get to the shop, I didn’t get any photos of New Bern. That is another project for next time.
All that was left was a final push to Pollocksville, at the end of an 86-mile ride. I’m in the Trent Motel and the jury is still out on it. Probably some good subject matter for my next book.
I sure hated to miss China Grove’s Farmers Day for the second year in a row. It is one of my favorite days of the year. Tomorrow, my goal is Wilmington. I believe a short visit to Topsail Beach is on the maps too. I am looking forward to it all.
Rowan County resident David Freeze is cycling from Bar Harbor, Maine, to Key West, Fla. Contact him at david.freeze@ctc.net.

Pedaling over 3-mile bridge no fun when wind picks…