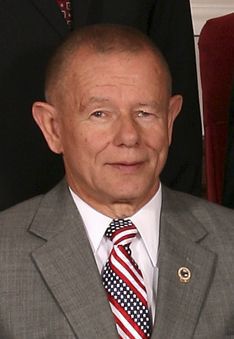 Sides: Loan delay is ‘playing politics’ State wants new board in before application to cover mall purchase is considered

Commissioners Chairman Jim Sides says Rowan County officials will “push forward” with an effort to borrow $3.95 million to cover the purchase and renovation of the former Salisbury Mall despite a state official ruling the request won’t be considered until new commissioners take office in December.
Sides said the decision undercuts the authority of elected commissioners serving Rowan County now.
“I think they’re playing politics, and they’re not elected officials,” he said. “This is staff. They never even sent the application to the commission who should be making the decision, not the staff.”
Vance Holliman, deputy state treasurer and secretary of the Local Government Commission — which oversees local government finance and must approve new debt — told Sides, County Manager Gary Page and others earlier this month that the current application won’t be submitted to the commission.
Page recalls Holliman saying during the meeting that based on news articles he’d read, contact with local residents and the results of the May primary elections, “we should just wait and allow the new board seated in December to decide whether to submit a new application.”
Rowan officials argue the application should be considered now because it meets all the criteria set out by the state, and with the mall already under county ownership, the money would simply replace what’s been spent.
“All we want to do is reimburse ourselves and help the board in December be in the best financial shape it can be in,” Page said.
A public hearing is planned for commissioners’ Aug. 4 meeting, Page said. After that, the county board will renew its request for the application to be placed on the Local Government Commission’s September agenda.
The commissioners paid $3.425 million in December for the troubled 320,000-square-foot mall on Statesville Boulevard. They renamed it West End Plaza with plans to use its plentiful vacant space for some county functions, including departments they say don’t have enough space now. They funded the real estate deal out of county savings, which they planned to replenish with a loan repaid over 10 years.
In addition to the purchase price, the loan application included $525,000 for the first phase of renovations.
The purchase proved controversial and fueled the campaigns of many vying for one of the three Board of Commissioners seats up for election this year. With Sides the lone incumbent seeking to retain his seat, he became the bullseye for a lot of that effort and lost in the May 6 GOP primary.
Later in May, six of the seven candidates who had secured spots on the fall ballot — two of three Republicans, both Democrats and two unaffiliated candidates — signed a letter calling on the Local Government Commission to delay considering the application until after the general election.
The application was subsequently pulled from the Local Government Commission’s May agenda, the agency’s staff notified the county, for an “assessment of public support,” including a review of minutes from a public hearing where 73 people spoke against it and nine in favor.
Commissioners withdrew the application and discussed replacing it with a $6.6-million loan request including funds for the mall, heating and air system work at Rowan-Cabarrus Community College, an office building and new hangars at the county airport and improvements to the county animal shelter.
Ultimately, though, they decided to stick with the original request.
“He’s having heartburn over $3.9 million, why talk about the other stuff?” Page said.
So at a July 3 meeting in Raleigh also attended by the county’s bond attorney and Leslie Heidrick, its deputy manager and finance director, “we sort of brought them up to speed and thought they were going to say, ‘Fine, if you’re just doing this part, we’ll reconsider,” Page said.
That’s when Holliman, accompanied by another staff member and two Local Government Commission attorneys, told the Rowan contingent that wasn’t going to happen. In addition to the criteria the application had met, he informed them of a “caveat that says we may consider local public input and sentiment,” Page recalled.
Rowan commissioners responded by adopting a resolution at their July 7 meeting protesting the decision — which they sent to the governor’s office and the Treasury Department, among others — and asking for help from state legislators who represent Rowan County.
Sides argues that by refusing to consider an application approved on a 4-1 vote by the county board, with Commissioner Jon Barber opposed, state officials are essentially robbing authority from the three who will be leaving in December.
“They’re relegating us to a 31/2-year term … and they have no right,” he said.
Page said the decision could do more harm than good for incoming commissioners. The county’s fund balance is at about 9 percent of the general fund now, just more than the minimum required by state law. If the county isn’t allowed to raise the fund balance back to the level it was prior to the mall purchase — 12 percent — it could then get a “nasty letter” about that from the Local Government Commission.
And that could lead to a lower bond rating and higher interest rates for future borrowing, Page said, including the $40 million in projects the county agreed to fund after mediation with the Rowan-Salisbury School System.
“That’s going to cost the taxpayers of Rowan County hundreds of thousands of dollars in extra interest,” he said.
Page said in 36 years of working in government, he’s never seen a loan application handled this way.
And Sides argues it could create a “slippery slope” for the state down the road.
“They’ve laid a foundation for some challenges in the future that they’re probably not going to be prepared for, and I think this will happen more and more as time goes on,” he said.

CLEVELAND — Even a casual observer watching Hannah Roberts warm up can tell her fastball — clocked at 57 mph... read more