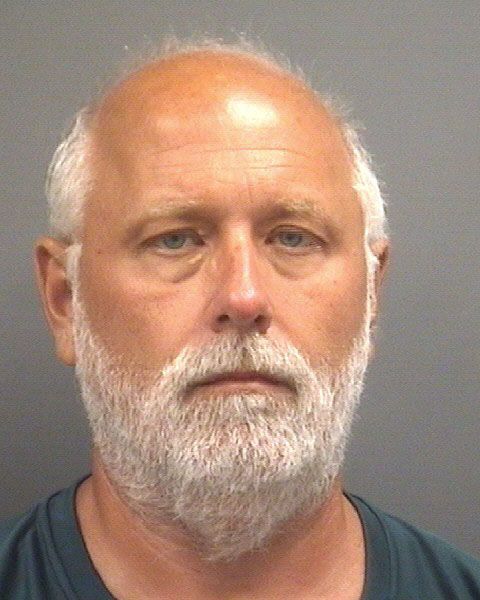 Authorities meeting with other potential victims in molestation case

Rowan authorities say there could possibly be more victims who’ve come forward, alleging that a local teacher and scout leader molested them.
James Paul Barringer III, 51, of Foxfire Drive, was charged Wednesday with six counts of taking indecent liberties with a child. Arrest warrants say the victims, of which the charges stem, involve three boys.
Detective Chad Moose said investigators are “still meeting with other witnesses and possible additional victims.”
He declined to comment further because of the ongoing investigation.
Barringer is a China Grove Middle School math teacher, athletic director, coach and has been a troop leader in the local Boy Scouts program. According to its website, Barringer was an assistant scoutmaster for Troop 328, sponsored by Ebenezer Lutheran Church in China Grove.
“As Jesus affirmed the value of children and welcome them, the safety of our children is of highest importance and any abuse of children, sexual or otherwise, by those in position of authority and trust is deplorable and inexcusable and will not be tolerated among us,” said Bob Young, interim pastor of Ebenezer Lutheran Church.
Young said the church is committed to being fully cooperative with sheriff’s investigators and Boy Scouts of America officials as the investigation continues.
“In Christian care and concern, our hearts reach out to any victims and their families, as well as to the Barringer family. And we offer our prayers and support as they seek healing in this tragic circumstance,” Young said.
Todd Walter, Scout executive and CEO of the Central North Carolina Council of the Boy Scouts of America, said in an email to the Post on Thursday that Barringer had been banned from the organization. Walter added that the organization took immediate action to “preclude this individual from any future participation in the Scouting program.”
On the same day, Barringer had a first court appearance where Judge Marshall Bickett explained the maximum he could receive for each of the six counts is 31 years, if convicted.
Barringer was released from the Rowan County jail after he posted a $100,000 secured bond.
The investigation began after officials received a complaint about inappropriate sexual activity by Barringer.
Investigators have said they have evidence to support the allegations against Barringer and more than one victim in the “pre-teen age range.”
Barringer’s current employment status was not available Friday.
Authorities encourage others who may be victims to come forward. The investigation is ongoing, and authorities ask anyone with information to contact Detective Sara Benfield at 704-216-8739 or Lt. Chad Moose at 704-216-8687.

CLEVELAND — Even a casual observer watching Hannah Roberts warm up can tell her fastball — clocked at 57 mph... read more