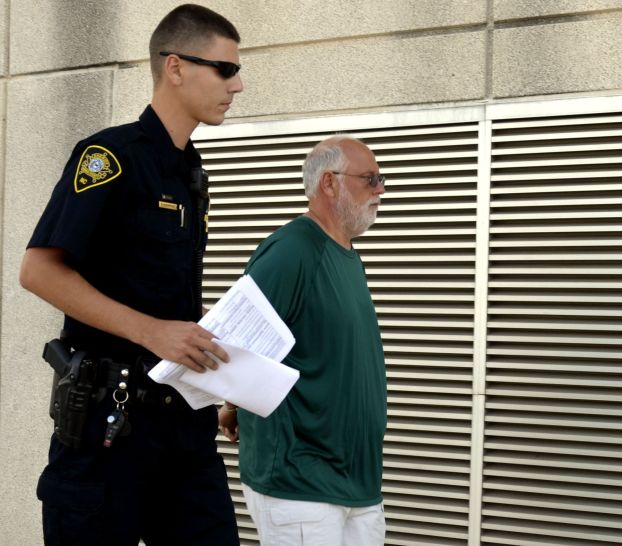 CHINA GROVE — James Paul Barringer III, a China Grove Middle School teacher and athletic director and Boy Scout leader has been charged with six counts of taking indecent liberties with a child.
Authorities say there are multiple victims.
Barringer, 51, of Foxfire Drive, Salisbury, was arrested Wednesday afternoon. He has been jailed under a $100,000 secured bond.
The Rowan County Sheriff’s Office Criminal Investigation Division began looking into the matter following a complaint concerning inappropriate sexual activity.
Officials said in a statement the incidents are alleged to have occurred over the last two years. During the course of the investigation, “evidence was developed to support the allegations that involved only one teacher with more than one victim in the pre-teen age range,” the statement said.
Authorities have not said where they believe the crimes occurred or provided specific information about the alleged victims.
Rowan-Salisbury School System spokeswoman Rita Foil said Wednesday the school system is “shocked, appalled and very saddened” to learn of the charges against Barringer.
Foil said Barringer is also a math teacher and coach at the middle school.
“The conduct with which he has been charged is deplorable and is grounds for immediate dismissal from the school system. The superintendent is taking immediate steps to investigate, in cooperation with law enforcement. Dr. (Lynn) Moody encourages anyone with potentially relevant information to contact the Rowan County Sheriff’s Department,” Foil said.
Barringer’s current employment status was not clear this evening.
The investigation is ongoing, and authorities ask anyone with information to contact Detective Sara Benfield at 704-216-8739 or Lt. Chad Moose at 704-216-8687.