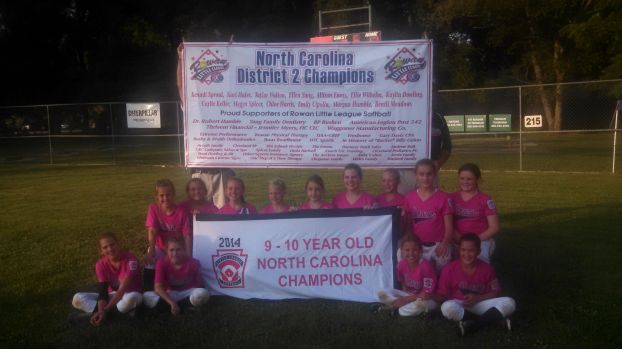 Legion
After a weather delay of 2 1/2 hours, High Point and the Moors wer able to resume their American Legion game late Tuesday night. High Point won 15-4 in seven innings to take the series three games to one.
High Point and Winston-Salem will start their Area III championship series on Friday at a site to be announced.

Tyrese Rice, who led Maccabi Tel Aviv to the Euroleague championship and was named Final Four MVP, has signed a three-year deal with Khimki Moscow.
Rice was born in Salisbury and spent some early years here. He is the son of former Salisbury High standout Allison Rice.
Rice scored the winning basket in a Euroleague semifinal against CSKA Moscow and had 14 overtime points in the final against Real Madrid.
Rice, 27, played at Boston College and was first team All-ACC in 2008 when he averaged 21.0 points per game.
He had a 46-point game against UNC in March, 2008, that included 34 in the first half.
Rice wasn’t drafted by the NBA. He played pro ball in Greece, Germany and Lithuania before moving on to Israeli champion Maccabi Tel Aviv.
North Rowan running back Jareke Chambers was named to the preseason 2A All-State team by the North Carolina Prep Football News.
Concord running back Rocky Reid was named preseason 3A player of the year.

TYGA
Logan Shuping shot even-par 71 to finish tied for first in his age group and tied for second overall in a Tarheel Youth Golf Association one-day event held Tuesday at the Country Club of Salisbury.

Athlete of the Week: Chance Bowden

Bowden homered twice in Saturday’s third-round playoff opener against Winston-Salem. The first baseman led off the fifth with a home... read more