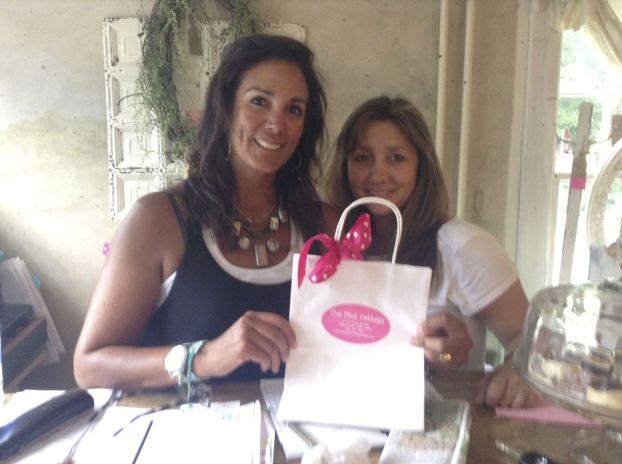 It was a great thing to get a full night’s sleep on Sunday night. It was my first time with really restful sleep on the trip. A storm passed through the area during the night, and more of the same was forecast for today.
It took a couple of miles to pass into Maryland and cross below the Mason-Dixon line. It feel good to be somewhat back in the South. The morning otherwise was humid and I was sweating early with more climbing, though nowhere nearly as tough as Sunday. I used Maryland Highways 165 and 24 and a bunch of back roads. One of the highlights was biking through very large horse farms, many with old and very stately homes.
I passed through a little village of Corbett that looked probably much the same as it did 100 years ago. Just after that, I met another cyclist named Dave who had crossed the country from Portland, Oregon and was this morning just 12 miles from home.
The afternoon was much more challenging. The humidity was building, and I knew that a storm was coming soon. After stopping in a town called Reistertown, I saw my first Food Lion of the trip. Those Hannaford’s stores are pretty cool but I don’t expect to see any more of them.
I had used Hwy. 128 briefly and it proves that not all roads have to be overly hilly. In fact, the hills are calming down for sure as I close in on Washington, DC. Along the way, while on Ward’s Chapel road, a big rain came but ended after about 20 minutes. It was about this time that I met Bobby Teague, brother of NASCAR driver Brad Teague. Bobby still has his North Carolina accent. We could understand each other well.
About this time, I was getting a little antsy. Another storm was brewing, and I did not have a place to stay for the night. I stopped for information at the The Pink Cabbage, an antique and other things shop. Jackie Boulin and Michelle Rosata tried hard to locate a motel close by, but couldn’t do it. Thunder had started again, and the sky looked ready to explode. Very soon it did, with some lightning close by.
After I passed through Gleneig, the rain really starting falling. I pushed on through Dayton and finally found Brookeville, even though the directions from Adventure Cycling were confusing. It was now 6:48 p.m., and I still had no plan for a place to spend the night. I was ready to camp if need be, but there were no campgrounds around either.
I decided to make a “seat of the pants” move. I took a more direct route toward Rockville, Maryland while hoping to find a motel. It was the fastest 11 miles of the trip probably and I arrived in Rockville and asked directions to motels. I got the same info from two different guys, but when I got to the Red Roof Inn, I was told they were full. Cesar and Isaac at the desk took care of me, and I was able to get right to work on the day’s update. So, let it rain tonight. My total mileage for the day was 90, way more than I expected.
Hopefully after another good night’s sleep, I will head into Washington, D.C. tomorrow. I plan to go into the city while using bike trails. If all goes well, there is a chance for a visit to Mt. Vernon as well. It suits me if the big rains hold off. I saw lots of damage today from the ones last night.

Found at the pound, Harley the dog loves open water

The bow of the puttering Jet Ski turns toward the open water of Crane Creek, leaving the quiet cove lined... read more