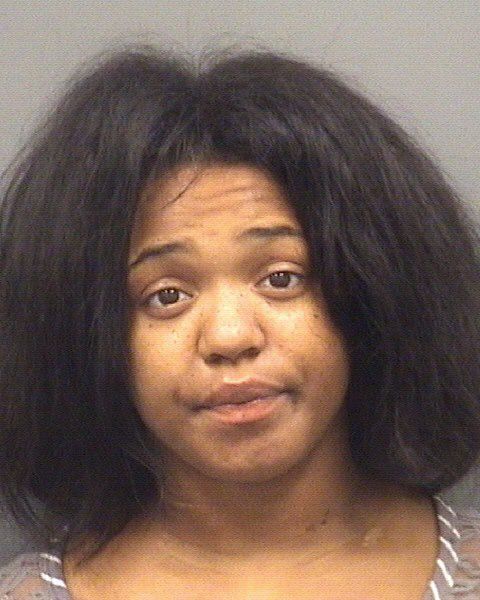 Woman with history of scuffling with police charged

Police charged a Salisbury woman with a penchant for scuffling with law enforcement Friday afternoon with resisting arrest after refusing to leave her mother’s Bringle Ferry Road home.
Salisbury Police charged Shale Monique Glenn, 21, of the 700 block of Bringle Ferry Road, with resist, obstruct, delay an officer; injury to personal property and second-degree trespass. The incident occurred at 6:30 p.m.
She was issued a $500 secured bond and has since been released from the Rowan County Detention Center.
Reports said Monica Tyson called police to her home because the two women argued and the mother wanted her daughter gone. Glenn refused to leave, a report said.
When the officer began asking Glenn questions, she asked the officer if he knew who she was. The officer then told Glenn she needed to grab her items and leave. Glenn told the officer, “Well count,” said Capt. Shelia Lingle.
She initially began collecting items, then she stopped. The officer repeatedly told Glenn she had to leave, but she remained on the property.
Tyson blocked the officer from the door, which allowed Glenn the opportunity to unleash her pitbull that was outside.
She placed the dog in her car and told the officer not to approach her dog. The officer told Glenn to secure the dog.
The officer was finally able to handcuff Glenn after she tried to prevent him from doing so by tensing her arms. Once in the backseat of the patrol car, Glenn kicked the door, causing damage.
Police said Tyson informed the officer she was “recording everything,” Lingle said.
Glenn lurched toward the officer and the officer shackled her feet.
Police tried to obtain information from Tyson and she was not cooperative.
In May, Glenn threatened to assault a woman she said cut her off in the Wendy’s parking lot. A report of that incident said Glenn yelled “don’t make me pop my trunk,” to the woman who was inside Waffle House.
Police responded and tried to arrest Glenn, who struggled. She had to be drive stunned with a Taser.
She was convicted in 2009 of assault on an officer and resisting arrest. In 2011, Glenn was convicted of assault on a public official.