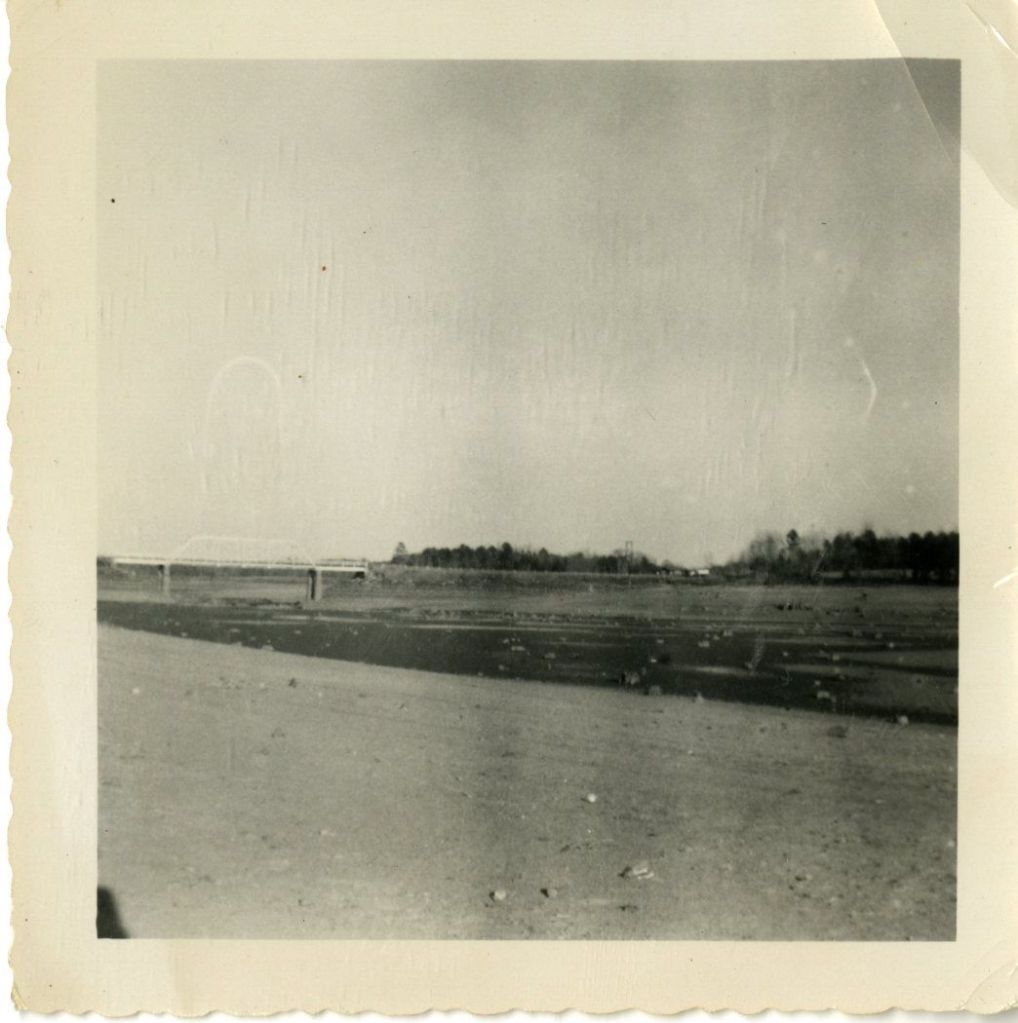 I recently saw “a kid on a leash” at a local mall. When I see this, it makes me think the parents have given up on proper training and opted instead for physical tethering. Each time I see this and that thought enters my mind, I am always drawn back by the tether of memory to the times I was attached to a bridge by means of a chain.
Having said that: No, this is not about a flashback to some previous life in Medieval times, but instead, the recollection of a much earlier stage of this one.
I was very young, probably 5 or 6, and the bridge was the old steel Saint Matthews bridge in Rowan County. My father had not given up on my proper training in favor of the chain; he just knew that little kids will sometimes do dumb things in the blink of an eye around water.
Thinking about that kid on that leash in the mall, I come away with the thought that no matter how worrying it is for a child to be lost there, the surface of the water is a much less forgiving place than any mall floor.
For some additional information on writing today’s column, I called up my big brother, Joe. No matter the passage of time, “big brothers” are always “big brothers.” Even on that day (hopefully, far off for both of us) when the numerical particulars of our lives are set in stone and a comparison is made, it will still be evident that one is “big,” the other “little.”
Years before my father took me fishing and chained me, he took my brother Joe and his friends fishing and chained them (individually, not together), including W.A. Cline Jr., Johnny Earnhardt and his brother Kent.
I remembered my chain being attached to some sort of belt around my waist, and Joe told me that it was just like what our father used with him and his friends: oversized dog collars, even some with spikes (bulldog-esque). He would fasten the chains to the iron railings of the bridge and we would be safe. (It is said that not a single sparrow falls without the knowledge of the Heavenly Father, but in this case, an earthly father did Him one better.)
Joe told me that when they went fishing, a lunch break (unchained) was taken at nearby Boggs Grocery. I asked Joe what they ate, and he said, “Mostly crackers with cheese, or sardines.”
This sounded very appropriate: a canned “fish ration” while fishing, with fresh fish for supper.
I then had an immediate flashback to our father sitting on the front porch steps of the old house on the Old Concord Road, cutting and eating cheese slices by themselves, or sometimes sandwiching sardines between saltines.
My brother told me that back then only one or two motorboats would happen by, while now there is a marina.
Joe informed me that the old Saint Matthews steel bridge was later replaced, but added that a similar one, from which they also fished, still exists. This is the one at Dan Nicholas Park, relocated there from out on the Goodman Lake Road. He said that they only fished there a couple of times, because the fishing wasn’t as good as that off of the Saint Matthews Bridge.
I was so young when my father took me fishing that only a few memories were registered. Joe and his friends used rod and reel in “their fishing day” with him, but I remember a cane pole.
One memory is at the Salisbury City Lake. I recall being on the bank, not the bridge, so I don’t know whether or not the other end of my chain was around a tree, a pole, or if I was staked, sort of elephant-style.
Another recollection is at the Saint Matthews Bridge, and something did fall in, but not me. It was one of my father’s rod and reels, and I can still see it descending in the “hazel” water after all these years.
As we watched it disappear, my father used the “Big D” (the one which the captain of the H.M.S. Pinafore said “hardly ever”).
I’m especially glad that on that day I was securely “fastened.” After having heard what my father said about his lost rod and reel, I wouldn’t really have wanted to have heard what he would have said if I had fallen in and sunk!