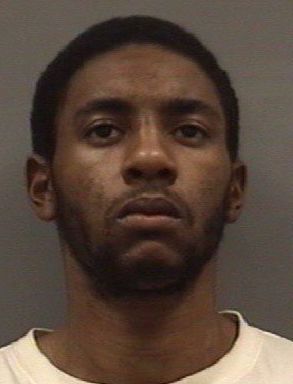 A Woodleaf man was found with a metal container with marijuana residue and two smoking pipes on Sunday.
Jeremy Wayne Waller, 18, has been charged with misdemeanor possession of marijuana up to one ounce and possession of drug paraphernalia.
Waller is being held at the Rowan County Detention Center on a $1,000 bond.

A Salisbury man faces traffic and assault charges.
Robert Eugene Edwards, 39, was charged with misdemeanor assault on a female and driving while impaired Sunday.
According to police reports, Robert Eugene Edwards, 39, hit a woman in the face with his hand.
He is being held at the Rowan County Detention Center on a $2,500 bond for driving while impaired, and is being held without bond for the assault charge.
A man assaulted and threatened to kill a Salisbury police officer Saturday.
Devaron Chanu Albright, 35, of Salisbury is charged with three misdemeanor offenses — communicating threats, assault of a government official or employee and resisting a public officer.
Police documents state Albright interfered with Salisbury Police Department’s arrest of a female subject and refused to leave his apartment when he was ordered to.
In addition, reports say he grabbed the left arm of an officer, and told the officer, “I’m going to kill you,” along with other profane threats.
Albright was issued a $2,500 bond.
A Concord man showered sheriff’s deputies with explicit slurs Saturday.
David Lee Jenkins, 27, is charged with resisting a public officer and disorderly conduct.
Jenkins pulled away from the officer who was placing him under arrest, in addition to his profane remarks.
Jenkins is being held under a $2,500 bond at the Rowan County Detention Center.
A Salisbury man is charged with trespassing and assault on a female.
Christopher Darnell Pharr, 27, grabbed a woman her by the throat and struck her on and about the head with a closed fist, according to police reports.
Pharr’s bond has not yet been issued and he is being held at the Rowan County Detention Center.