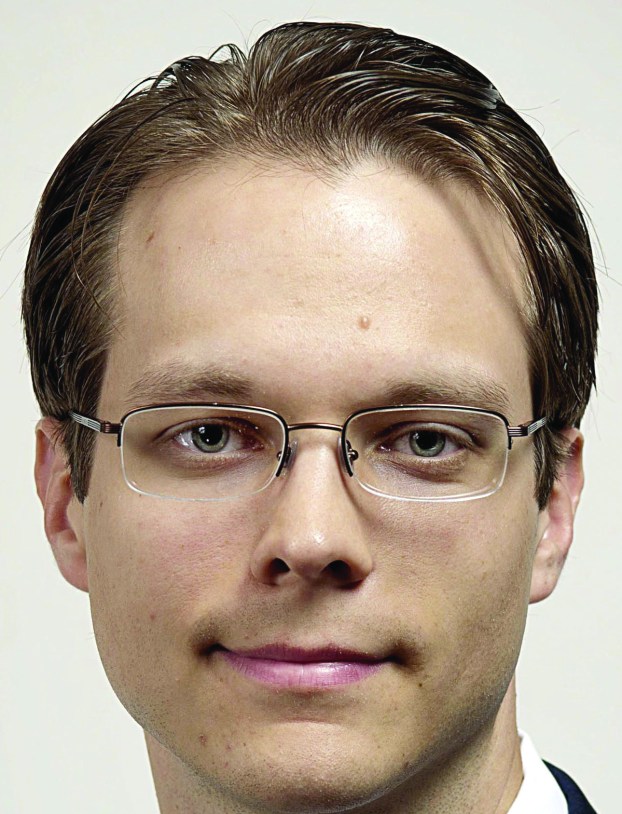 SALISBURY — Several City Council members said they will no longer talk about former City Manager Doug Paris and are ready to move on after his sudden departure last month.
The city has paid nearly a quarter of a million dollars in severances to Paris, who left his job June 17 after a five-hour closed session with City Council, and Elaney Hasselmann, the former public information officer who quit the next day.
No one has said why City Council terminated Paris’ contract in what was called a mutual decision. Hasselmann said she resigned because Paris left. Neither had another job.
When asked how many times City Council evaluated Paris and why the city gave a severance to Hasselmann, who did not have a contract, Mayor Paul Woodson said they are former employees and he cannot comment about either person.
“I can’t say anything anymore,” Woodson said. “… They are former employees and we are out of it.”
The city paid $242,188 in severances to Paris and Hasselmann. Paris’ $209,442 lump sum payout, which included one year’s salary and payment for all accrued annual leave, sick leave, vacation time and holidays, was detailed in his contract.
But why Hasselmann received a severance remains a mystery. Woodson has said her severance was negotiated with city administrators, who will not comment. City Attorney Rivers Lawther said he cannot discuss anything that falls under attorney-client privilege.
Hasselmann’s severance totaled $32,746. That included annual leave, health insurance and four months of salary.
According to the city’s personnel policy, if an employee quits without giving any notice, the city pays no annual leave. Hasselmann gave no notice and received 84.9 hours of annual leave worth $3,650.49.
An employee who quits without notice receives health insurance until the “end of the month,” the city’s policy states. Hasselmann received four months of health insurance worth $3,287.60.
Hasselmann also left with four months’ salary worth $25,808. The final paycheck for an employee who quits without giving notice is supposed to include only “days worked,” according to the city.
Woodson referred questions about Paris’ performance evaluation to City Clerk Myra Heard, who has been handling the city’s public records request and serving as spokeswoman since Hasselmann quit. Woodson said job evaluations are a personnel issue and he cannot discuss them.
“We want to move on,” he said. “We have goals for the fiscal year, and we are working hard on Fibrant. We want to keep moving on.”
Mayor Pro Tem Maggie Blackwell echoed Woodson.
“We took decisive action a month ago regarding Doug. Now he is just another former employee,” she wrote in a text message. “We have many goals for fiscal year 2014-2015 and (are) ready to move forward.”
Councilman Pete Kennedy said he cannot comment on personnel matters and will not discuss Paris because he is no longer an employee of the city.
Kennedy said he has not heard any concerns about the situation from residents. In general, “everything that I’ve heard has been positive, that the city is doing a great job,” he said.
When asked whether Paris was evaluated, how many times and the dates of evaluations, Heard said she could not release the information under public records law.
Details of job evaluations, other than any changes in salary, promotions or demotions, are not considered public record.
Paris served as city manager for two years and three months. His three-year contract required a performance evaluation annually in November.
Council members Brian Miller and Karen Alexander said City Council gave Paris one job evaluation. Miller, who called for the closed session last month and made the motion to terminate Paris’ contract, would not discuss the evaluation but said he was aware that Paris was due for a second performance review.
Alexander, who was appointed to City Council 10 months after Paris became city manager, also said she could not share details but said the evaluation was comprehensive and thorough.
City Council evaluated Paris on April 16, 2013, saying he passed with flying colors. Age 28 at the time, Paris was one of the youngest city managers in the state for a city of Salisbury’s size.
Council members said he was a strategic thinker with excellent leadership skills, a visionary, creative and wise beyond his years.
Paris apparently never earned more than his original $135,000 salary. He said when he was hired in March 2012 that he would not accept a pay bump during his three-year contract. Paris gave significant raises and promotions to certain city staffers during his tenure, some announced publicly and others done quietly without City Council’s knowledge.
Paris and City Council members did not exchange words last month after emerging from their marathon closed session. Paris left immediately after council members appointed John Sofley as interim city manager.
Later, Paris was credited with doubling the city’s fund balance, making the city more business-friendly and improving management of Fibrant, the city’s broadband utility. Woodson signed a glowing letter of recommendation for Paris, which Paris drafted.
Paris’ contract includes an unusual clause that prevents City Council members from making “disparaging comments or statements” if they terminate the contract. Paris also cannot make disparaging remarks about council members.
Coming this week: A comparison of Paris’ contract with contracts for other city managers in the region.