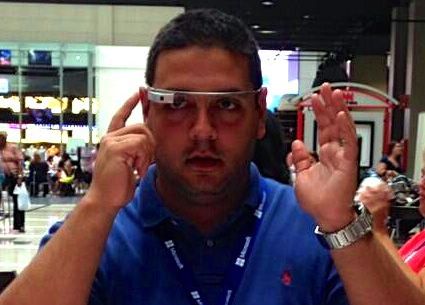 Educators from all 50 states and 73 countries flocked to Atlanta for the International Society for Technology in Education conference last week, and Rowan-Salisbury teachers and administrators made up nearly 1 percent of the conference’s total population.
“It’s difficult to take in just the grandness of this conference. It’s absolutely huge,” said Director of Digital Innovation Andrew Smith.
Smith said he believes Rowan-Salisbury educators were the one of the largest groups represented at the conference — if not the largest.
Initially, 112 people from the district were supposed to attend, including an influential teacher from each school, some district level administrators and directors, and all of the district’s principals and technology facilitators.
When the district opened it up to other teachers if the individual schools could pay for it, more than 50 extra teachers signed up — a total of 163 Rowan-Salisbury attendees.
Smith said it was important to take these educators to ISTE to provide them with the professional development they need to prepare for integrating digital devices that will come with the district’s upcoming one-to-one digital conversion into the classroom.
Over the next year, all Rowan-Salisbury third- through 12th-grade students will receive an iPad or a laptop to use throughout the school year.
“The fact that we were able to go as a county was so important to me,” said Tiffany Carter, a seventh-grade social studies teacher at Southeast Middle School.
“You’re in an environment where you’re able to collaborate in a real time setting,” she added. “I think it was an important investment.”
Those who attended the conference agreed to present at the district’s back to school celebration in August and share the things they learned.
“ISTE is amazing,” said Tiffany Carter, a seventh-grade social studies teacher at Southeast Middle School. “I feel so privileged to go.”
The group left early June 28 for two half days and two full days of speakers, professional development sessions and time to visit the digital playground.
Carter explained the digital playground as a place “you can go and observe different kinds of technology.”
Smith said there were more than 1,000 sessions teachers could choose from.
Principals, technology facilitators and teachers met by school to decide which sessions to attend so they could “divide and conquer the conference,” he added.
Each evening, they would meet in their groups to discuss what they learned and how they could bring it back to their individual school.
Smith said he enjoyed looking at other districts’ designs for innovation centers, a concept he’s hoping to bring to Rowan-Salisbury.
An innovation center would be a place for customized professional development.
He also mentioned that a number of the educators had shown interest in incorporating a “genius hour,” where students are able to “research something that they love.”
“Education should be a fun environment where students are able to explore,” Smith said.
Carter said she had planned to use game-based learning next year.
“I’m really trying to incorporate that in my classroom to get students having fun while they’re learning,” she said.
During ISTE, she had the opportunity to network with valuable resources who will be able to help her implement it.