Hall of Fame: 12 to be inducted 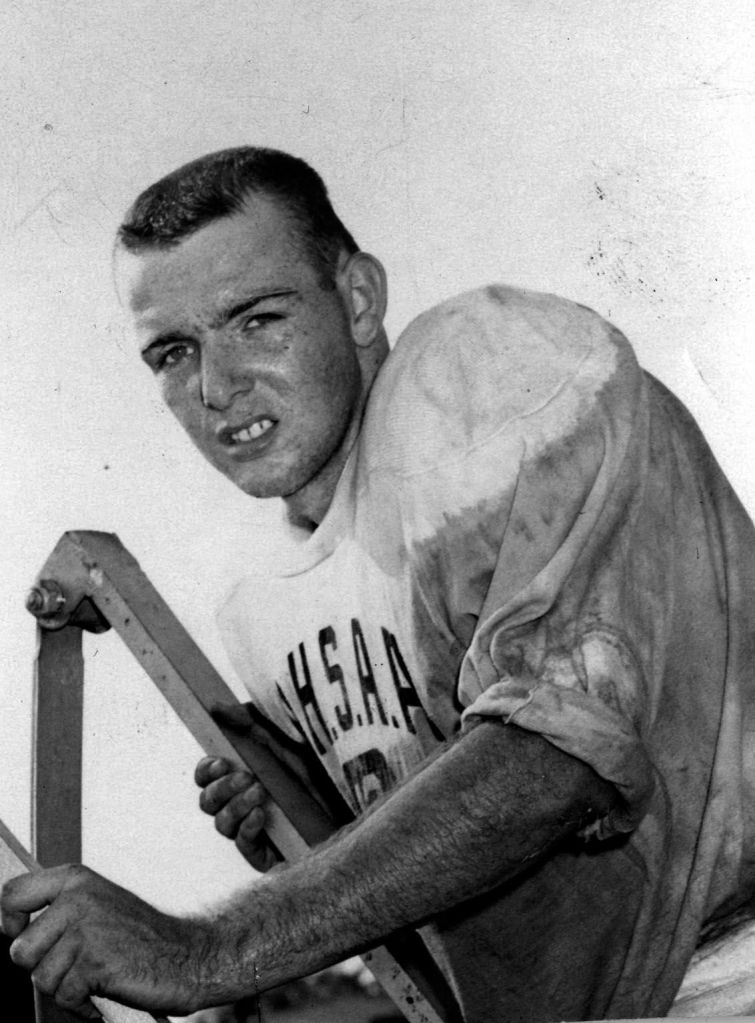 SALISBURY — The doors of the Salisbury-Rowan Sports Hall of Fame will open a little wider next month to welcome a record number of new inductees.
The Hall’s membership will swell from 75 to 87 in a matter of an hour or so when a dozen new members are inducted in ceremonies on Aug. 10 at the Salisbury Civic Center.
Emmanuel Barnes, Reginald Barnes, Randy Benson, W.A. Cline III. Joel Fleming, Wendy Hampton Wilson, Aaron Neely, Jim Edmiston, Steve Gilmore Sr., James Pemberton, Jimmy Thompson and James Barringer Jr. make up the Hall’s 14th class.
Previous Hall of Fame classes ranged from three to eight inductees, but for the first time this year, a number of worthy candidates whose careers ended 50 or more years ago were considered by a veterans sub-committee before finalists were voted on by the full committee membership.
The Barnes twins, Benson, Cline, Fleming, Hampton and Neely received the voting percentage needed to be elected through the traditional process that has been in place since the Hall was formed in 2001. Edmiston, Gilmore, Pemberton and Thompson were elected through the new veterans process.
Barringer, a Salisbury Post photo journalist from 1961-2005 and a frequent outdoors columnist, was chosen for the Horace Billings Lifetime Achievement Award in a separate ballot for nominees who contributed mightily to Rowan sports but don’t fit into the standard coaches-and-players category.
The Barnes twins are early-1990s North Rowan graduates, but more than two decades after their days as Cavaliers, their names can still be found on the list of North Carolina’s all-time best prep marks in the hurdles and jumps.
Both twins represented the USA in international competition in Seoul Korea in 1992 — Reginald in the 110 hurdles and Emmanuel in the triple jump — and both competed at a high level at N.C. State from 1993-96.
Benson was a good high school basketball player but his fame comes from being one of the finest baseball players in county history. His pitching ERA of 0.00 in the 1968 baseball season at East Rowan can never be topped. Benson excelled for the Rowan County American Legion team — his 1969 home run brought Rowan a state championship — and at Pfeiffer where he won 23 straight games in one stretch and earned All-America honors.
Benson’s late father, Vern, was inducted in the second Hall of Fame class in 2002.
Cline was a fine high school athlete, all-conference in football and basketball at Granite Quarry High in the late 1950s, but his induction is based mostly on his coaching achievements in football and track.
Cline had two football head-coaching stints at East, from 1967-75 and 1987-94. He ranks seventh on the county’s all-time win list with 95 and ranks first at East.
Cline coached East’s first conference championship team in 1968 and his undefeated 1969 team won the WNCHSAA championship. Rowan didn’t have another undefeated team after 1969 until West Rowan in 2008.
Fleming finished an outstanding basketball career at West Rowan in 1994 and was West’s all-time scoring leader with 1,357 points when he graduated. He’s now sixth.
Fleming went on to an outstanding career as Western Carolina’s point guard. He led the Catamounts in assists three different seasons and had nine assists in Western’s two-point loss to Purdue in the 1996 NCAA tournament.
Hampton led three outstanding West girls basketball teams from 1992-94 and was the school’s all-time scoring leader when she graduated with 1,764 points. She’s now third on that list, but she stil holds program records for points in a season (668), season scoring average (24.7) and career scoring average (20.5),
Hampton went on to a fine career at Florida State and was a team captain and All-ACC academic pick. She made seven 3-pointers in a game and was FSU’s career record-holder for 3s when she graduated.
Neely, a graduate of Landis’ Aggrey Memorial and a football standout at North Carolina A&T, is recognized as one of the county’s all-time great assistant coaches. He worked with some of the county’s legendary football teams at East in the late 1960s and at Salisbury in the 1970s.
Neely was also an outstanding head coach in his own right, directing Salisbury squads to two track and field state titles and eight conference championships.
Thompson graduated from Salisbury’s J.C.Price High in 1948, was a member of dominant high school teams coached by S.W. Lancaster and went on to play college football at Benedict. He starred for U.S. Navy service teams before becoming a defensive back/receiver/punter in the Canadian Rugby Football Union, Playing for the London Lords against the Toronto Argonauts, Thompson had a game in which he averaged 48.6 yards on 10 punts and boomed five punts of more than 60 yards.
Edmiston, Gilmore and Pemberton will be inducted posthumously but will be represented at the inductions by family members.
Edmiston, who died in 2013, was a fast lineman who excelled in the single-wing offenses run by Salisbury’s Boyden High and Lenoir-Rhyne. He helped Boyden coach Bill Ludwig win a 1957 state championship in the largest classification and then helped L-R go 40-3-2 and compete for national titles. He played in three NAIA national-championship games in 1959, 1960 and 1962. L-R was the national champion in 1960.
Edmiston was team captain, a Little All-American and was voted the Carolina Conference’s best lineman. Pemberton, who died in 2003, graduated from J.C. Price and Livingstone and was legendary as a multi-sport athlete at Livingstone before he went on to teach and coach. He served as head football coach at Dunbar High in East Spencer.
A local football legend, Gilmore starred at J.C. Price High and was chosen to represent the Price Red Devils and play for the North Carolina all-stars against the Virginia all-stars in the first black Shrine Bowl that was held in Greensboro in 1946.
Gilmore, who died in March, also was known as an oustanding golfer.
Wilson Cherry and Ralph Shatterly chair the Salisbury-Rowan Sports Hall of Fame selection committee.
Nominations and information on nominees can be sent to the Hall of Fame online or can be sent to the Post at mike.london@salisburypost.com.
A list of the Hall members is in today’s Scoreboard.