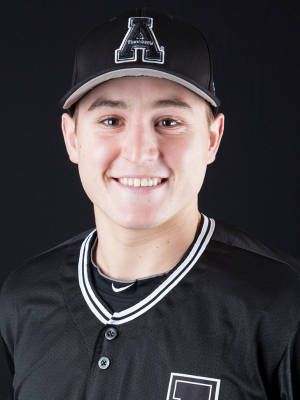 Bauk making the most of summer

Brian Bauk is a long way from home this summer in Brockton, Mass. But he’s not on vacation.
It’s 799 miles from Salisbury according to Google Maps. But Bauk is getting back to the heart of baseball. He’s surrounded by wood bats, wacky promotions and college kids like him playing for the love of the game.
“It’s pretty cool,” said Bauk, now in the latter half of the season with the Brockton Rox college team. “You meet a lot of guys from all kinds of places. We spend probably 60 percent of our time at the field.”
Bauk’s hitting .250 in 23 games for the Rox, who boasted a league-best 22-10 record heading into Friday.
The Salisbury grad was one of the county’s best athletes his junior and senior years, combining all-county seasons at quarterback and pitcher for SHS. Bauk committed to Appalachian State before his senior baseball season.
He won’t be under center for the Moutaineers this fall, but hopes to make an impact in his sophomore year on the diamond. Bauk stole five bases last year, tied for second highest on the team, but getting on base was a struggle.
“The learning curve is incredible,” Bauk said Friday afternoon in a telephone interview. “It really hits you. Guys are a little bit stronger, faster and quicker. It’s still baseball though. You still have to get three outs.”
Hitting college pitching is tougher too. Bauk hit .192 in 73 at bats though he was good enough defensively to start 16 games in the outfield. That’s the deal when you have a rocket arm and two spry feet.
He’s been down the injury road before. Senior year at Salisbury Bauk had surgery after football season and missed the first part of baseball as SHS limped to an 0-8 start. When he returned the Hornets’ spirits lifted and they finished in second place in the conference.
Bauk separated his shoulder on the first day of fall practice at ASU. It was a freak accident when he dove back to first base. He recovered after a month on the sideline.
“Getting hurt early on was tough,” Bauk said. “It really hit me hard.”
This summer includes a stint with Brockton of the Futures Collegiate Baseball League. Bauk’s hitting leadoff and playing centerfield when he’s in the lineup. Two other ASU players, Matt Brill and Michael Pierson, play in the FCBL. It’s anything but a summer vacation.
“In high school, you’re playing a sport,” Bauk explained. “Here, it’s your job.”
The biggest adjustment?
The wood bats.
“The first 5,10 at bats you’re kind of scared to use it,” Bauk said. “You can’t fist a single though the hole anymore. You end up getting used to it.”
At ASU, Bauk’s locker is right beside East Rowan grad Preston Troutman. Troutman hit .298 in his senior year at App.
Bauk, the 2013 Central Carolina Conference Player of the year, only threw two innings last season.
App finished fifth in the Southern Conference regular season standings and lost to eventual SoCon champ Georgia Southern in the conference title game.
“We’re looking forward to next year,” Bauk said. “We want to make a big name out of App.”

KANNAPOLIS — Tavis Bailey figures all that patriotic, do-it-for-the-good-ole-USA stuff won’t really hit him for another week or so. “When... read more