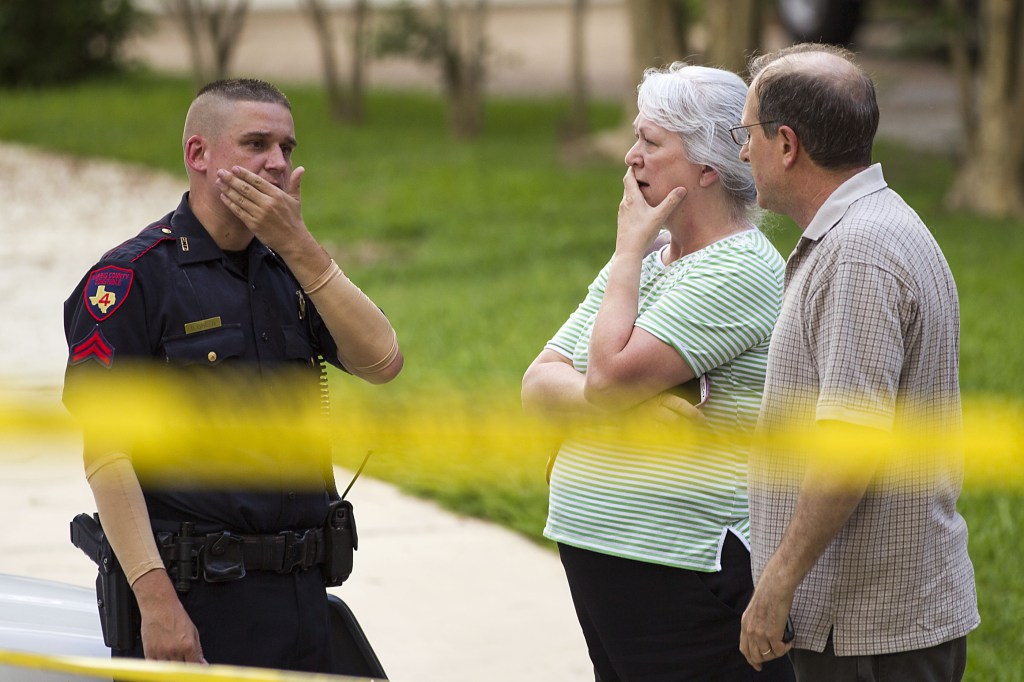 SPRING, Texas (AP) — A man involved in a domestic dispute opened fire at a suburban Houston home Wednesday evening, killing six people, four of them children, and wounding a 15-year-old girl, authorities said.
The suspected gunman later surrendered after a three-hour standoff with deputies who had cornered him in a nearby cul-de-sac.
The Harris County Sheriff’s Office issued a news release saying that precinct deputy constables were called to the house in the northern Houston suburb of Spring about 6 p.m. Wednesday and found two adults and three children dead. Another child later died at a hospital.
“It appears this stems from a domestic issue with a breakup in the family from what our witness has told us,” Assistant Chief Deputy Constable Mark Herman of the Harris County Precinct 4 Constable’s Office told reporters.
Authorities did not release the victims’ identities and did not say how they might be related to each other or the suspect.
The teenager who survived identified the shooter and directed deputies to him.
The suspected gunman had led a parade of almost two dozen deputy constables’ patrol cars to a cul-de-sac shortly before 7 p.m. There, the suspect’s boxed-in vehicle remained for hours. Finally, after hours of waiting and negotiations, the man emerged from his car, raised his hands and sank to his knees as deputies placed him under arrest.
Sheriff’s Sgt. Thomas Gilliland described the man as in his 30s with a beard “and cool as a cucumber.” He said that when he and other officers approached, the man was “just sitting in his car looking out at us.”
Danna Stevens, 75, and her husband, Texas Stevens, live four doors down from the home where the shooting happened in. Danna Stevens said she did not know her neighbors well and that they had moved into the subdivision about a year ago.