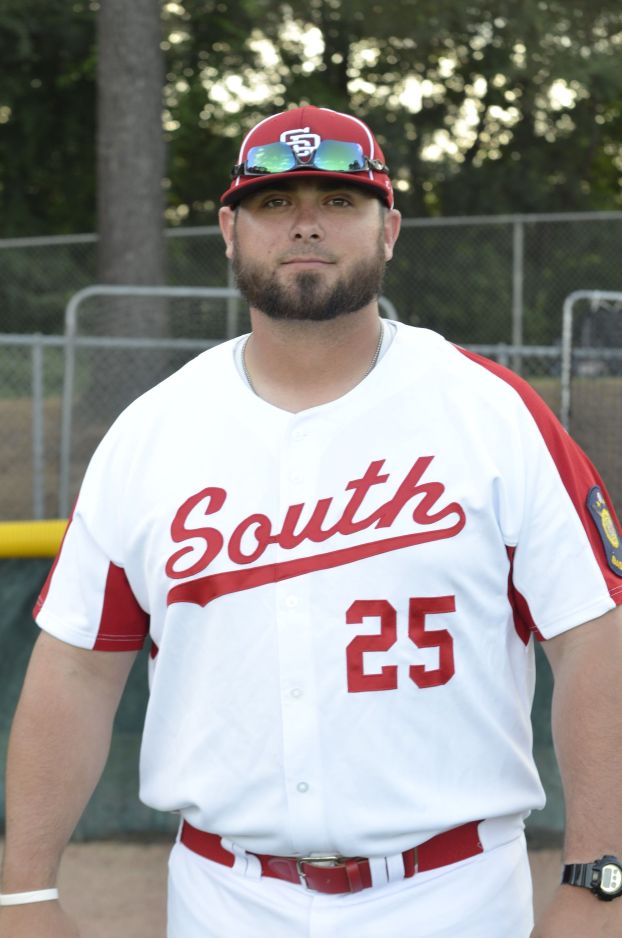 MOORESVILLE — “It was a decent season,” summed up Southern Rowan right fielder Colton Laws, “but it coulda been better.”
Southern lost 6-3 to the Mooresville Moors at Lake Norman High on Tuesday to end a second-round series and a 10-14 campaign.
Southern led in all three games against the Moors (19-5) but got swept by a club with more arms, more gloves and more firepower.
The Moors advance to the third round and will take on one of the tough teams from the Northern Division — High Point or Kernersville.
“This wasn’t a freebie,” Moors coach Seth Graham said. “Southern beat a good team in Stanly. They belonged in the second round.”
Southern limped into Round 2 without cleanup hitter/catcher Matt Honeycutt and .500-hitter Dylan Carpenter.
“We had 20 hits in one game the other day,” SR coach Ben Hampton said. “But we didn’t get 20 in this three-game series.”
SR got eight hits Tuesday. Laws had three, including two doubles.
“We hit it solid tonight and we made some good catches in the field,” said Laws, who is headed to East Carolina. “But Mooresville got more of the hits that were in the clutch.”
It was a Noah’s ark sort of night for the Moors, not in the sense of a torrential downpour, but in that they did everything in twos.
Holden Pender’s two-out, two-run single against Southern starter and loser Dillon Atwell (2-1) in the first put the Moors on the board.
Jared Stukbauer’s two-out, two-run homer in the fourth, his ninth of the summer, just cleared a leaping Ben Gragg’s glove as it disappeared over the fence in left-center and put the Moors ahead to stay.
Zach Little’s two-run double in the seventh was the last straw.
“Atwell is a tough pitcher,” Moors coach Seth Graham said. “He’s a guy who’s not going to give in and throw you a fastball just because you’re in a fastball count. We had to battle him — and we did.”
SR got a run in the first against starter and winner Ian Perkins when Chandler Corriher singled and scored on Chase Labbe’s two-out hit.
But then Pender won a struggle with Atwell in the bottom half of the first when his bouncer through the left side gave the Moors a 2-1 lead. Two SR infielders made a dive but came up empty.
“People can say that was a dink hit, but it was a great at-bat Pender had,” Graham said. “Atwell threw tough pitch after tough pitch. He fouled off a bunch, and then he got the barrel on one.”
Laws scored on a WP for a 2-2 tie in the third, and Atwell had mowed down nine in a row, but then he hit a batter before Stukbauer’s homer.
“I wanted to go up and in, but that pitch missed low,” Atwell said. “And that guy is a good hitter.”
Braeden Daniels relieved Perkins in the sixth. It looked like SR might have the bases loaded with one out when Jake Fulton’s blooper fell in short right field, but the runners couldn’t break right away, and the Moors alertly got a forceout at third.
Eric Stowe scored SR’s final run when he stole third and came home on a wild throw, in the sixth, but SR stranded 10.
“They did a better job than we did with runners in scoring position,” Hampton said. “I was impressed with their hitters and their team.”