Iredell school counselor charged with having sex with student 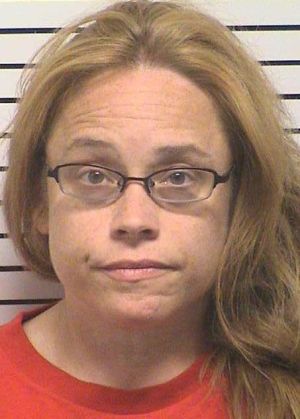 A female counselor with the Iredell County Schools has been charged with having sex with a student during the period of March through July.
Amy Hogan Saffos, 42, of Wedge View Way in Statesville, three counts of felony sexual activity with a student by school personnel other than a teacher, school administrator, student teacher, coach or school safety officer.
On June 26, a report was filed with the Iredell County Sheriff’s Office Special Victims Unit about a student at Lake Norman High School being sexually assaulted by a counselor there. The Iredell County School Administration received the original complaint and then the report was filed with the Sheriff’s Office by the student’s family and turned over to Detective Lieutenant Bill Hamby.
The victim was interviewed at the Dove House and Hamby was able to see the interview. Based upon the information received, Hamby went to another jurisdiction in an adjoining county to get evidence. Hamby also found witnesses who provided corroborating statements to verify the victim’s testimony.
Based upon the evidence collected, Hamby got three felony warrants. These warrants are for the incidents in Iredell County. Hamby has told the other agency about the out-of-county incident so it can be investigated.
Saffos, was arrested today at her home in Statesville without incident and transported to the Iredell County Detention Center and placed under $175,000 secured bond. She is scheduled to appear in District Court in Mooresville on Thursday.
The investigation is ongoing.