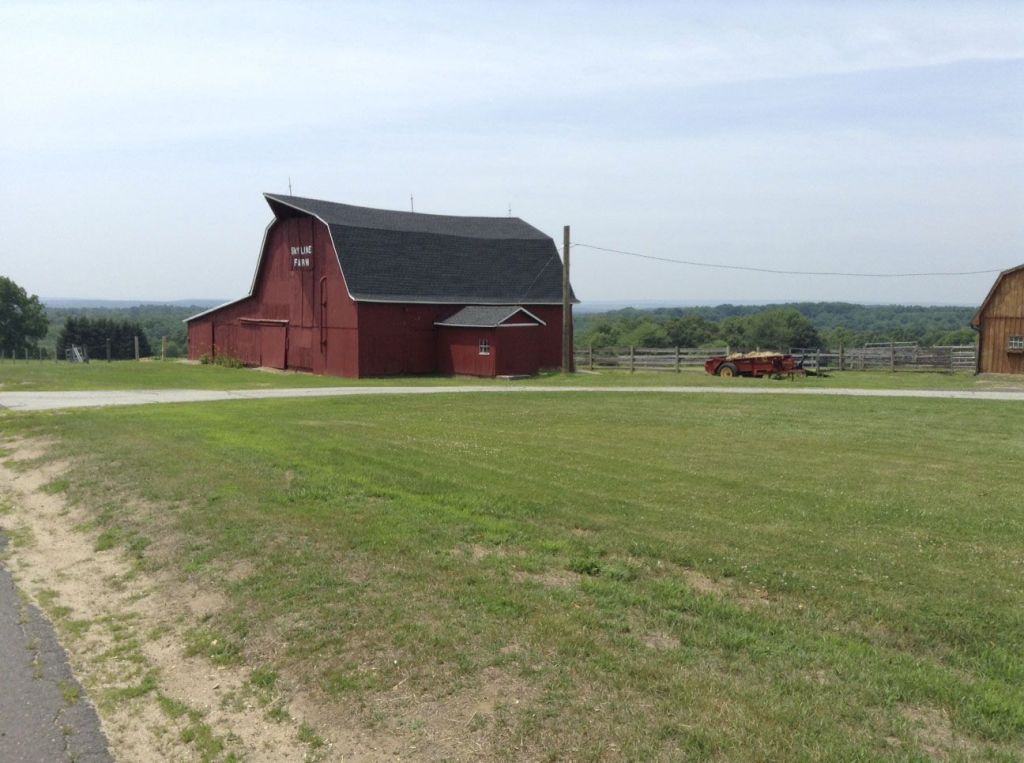 Since I don’t particularly like the Adventure Cycling route, today started off with a lot of uncertainty. I stopped first thing this morning and bought a Connecticut map. I needed the details on the best roads to cross the state from east to west and gradually heading south at the same time. One of the limiting factors is that many of the better roads don’t allow bicycles on them.

I put together a plan for today only, using southbound route 12 and then westbound route 6 to being the day. Things started OK on route 12, but quickly turned very sour on route 6. Long hill after long hill kept coming. My pace was less than seven miles an hour with continual climbing. I constantly analyze my gear and will eventually ship a few items home to lighten the load.

The morning dragged on as I crossed middle Connecticut, now on Hwy. 66. Willimantic was the first bigger town. I had never heard of it before, but it had the feel of bigger northern city. Lots of historical buildings and busy streets. Plenty of potholes too. Roads in Rhode Island and Connecticut are much better than in Massachusetts in general, but the cities have lots of potholes.

Still heading southwest, the next bigger town in the afternoon was Middletown. It was about 90 degrees by this time. As I headed into town, suddenly there was a major bridge and lots of traffic and no road shoulder for me to ride on. Some guy in a tow truck pulled up beside me to tell me that I was supposed to ride on the sidewalk. In most cities, cyclists are not allowed on the sidewalks. Later I did see several riding on the sidewalks.

While studying my maps and sitting on the grass and under the shade, Patrick Glass from Wesleyan University in Middletown rode up to ask me what I was doing. We had a nice talk about my ride and how he had come to Connecticut from California by way of Maine to go to college. Patrick, thanks for the enjoyable discussion.

Still climbing hills and uncertain about the direction that I should pedal, I chose to stop in Meriden, Connecticut. I got off the road by 5 p.m., hoping to get a little extra rest and formulate a plan for tomorrow when I should enter the state of New York. Just 60 miles for today though it was not for lack of effort.

After stopping, I bought a New York map and will study it tonight. The next two days will take lots of planning to get them right. Physically, I am good. Nothing hurts though my arms get very tired during the long climbs because I use them as leverage by pulling against the handlebars.

I also went to a diner next to the motel and ordered Belgian waffles and an egg sandwich. Imagine my surprise to find that the waffles would have made about four of the ones at Waffle House. For the first time on this trip, I am stuffed. I am also close enough to New York City to watch the Yankees on TV tonight.

Thanks for all the messages and prayers. They are very much appreciated.