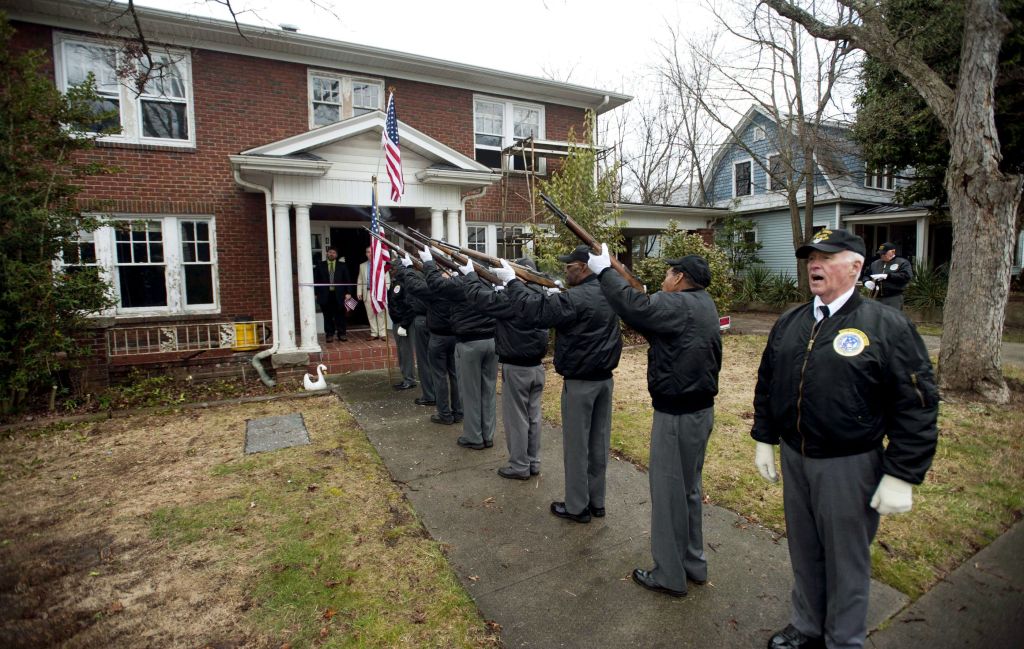 Rowan County commissioners voted Monday to revert and begin the sale of the house at 418 S. Carolina Ave. in Spencer, which in February was designated to become a home where veterans could stay courtesy of the Abram Penn Veterans Foundation.
After neighborhood protests erupted and a Spencer rezoning nixed the home’s ability to set up, the project never came to fruition.
Richard Adams, a former member of the Abram Penn Veterans Foundation, donated $5,000 for the home and said he spent several more thousands on renovations.
Since the bottom fell out of the project while Adams continued to make renovations, Adams wanted to be reimbursed for the $5,000 that was spent as well as the cost of the renovations.
Commissioners disagreed, and said the money must go back to the organization that originally cut the check to the county to buy the home — the foundation.
Adams also wanted to then buy the house for $50,000, despite the county’s tax officials appraising the house at $85,600.
Commissioners said the house would be put up for upset bid, and Adams would have a chance to participate in that process.
Rowan County Commission Chairman Jim Sides said the county does not own the property.
“When we sold the property to the Abram Penn Veterans Foundation, it was because we wanted to help veterans,” Sides said. “That’s the reason we reduced the price. If you went back to the time we sold it, the tax value on the property was not $85,000. It was much higher. We reduced the value because we were reaching out to help the veterans agency.”
The county’s agreement with the foundation stipulated if the property could not be transformed into a home for veterans, the house then would be reverted back to the county, Sides said.
A county tax official visited the property and downgraded it in value to about $85,600, Sides said.
“I don’t feel any obligation to reimburse Mr. Adams for any expenses that he has incurred, and it was not in the agreement that we would even reimburse for the $5,000 that was paid down. That is why you have legal contracts, so you are protected in situations like this,” Sides said. “The county did everything that they could do to make the possibility of the vets home going there.”
Sides said the county has no control over Spencer zoning and has not exerted any pressure on the town.
As the person responsible for the home’s upfitting, Adams said he believed all the work the foundation put up front to work to get the house zoned properly would be able to carry through and allow the foundation to follow with its promise of creating a veterans home.
“I made that ($5,000) donation specifically for the purchase of the house. We started fixing the house, and everything in the house had to be fixed,” Adams said.
Commissioner Craig Pierce, vice-chair of the board, pressed Adams as to why he continued to invest money in renovating the house even after Spencer doomed the project.
“Why proceed in making improvements on a piece of property when he knew he would not be reimbursed for the bad decision?” Pierce said. “We’re not going to do anything in the Town of Spencer. If they are not going to give you the zoning jurisdiction you need, I don’t understand why you would put money into it.”
Following the reversion, the house will be put up for sale at the appraised price of $85,600.