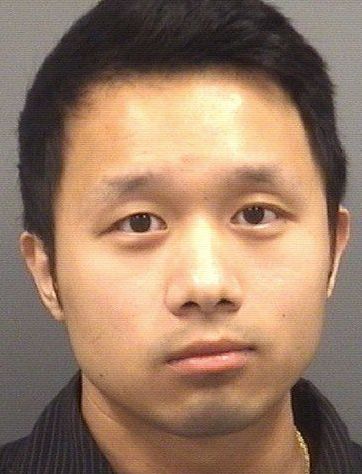 Rowan authorities seized several bags of marijuana and $6,000 in cash following a stop at a license checkpoint.
Rowan County Sheriff’s Office charged Chuefue Lor, 23, of the 2500 block of Wind Swept Way, Rockwell, with felony possession with intent to sell and deliver a controlled substance and misdemeanor possession of drug paraphernalia.
Officials conducted the checkpoint Wednesday around 1 a.m. at the intersection of Airport and Cedar Springs roads.
The officer noted he could smell marijuana coming from the vehicle once the driver rolled down the window. The officer asked the driver, later identified as Chuefue Lor, to pull off the road to the side, a report said.
The officer asked if he had any illegal substances and Lor admitted he had a bag of marijuana. He handed the bag to the officer. Officers searched the car and found five bags in the driver’s side door.
Deputies also found a smoking pipe with marijuana residue on it and two McDonald’s restaurant bags under the passenger’s seat. One bag contained $3,699 with a deposit slip inside and the other had $2,365.07 inside.
When deputies asked Lor where he obtained the large sum of money he told them he was a manager at the McDonald’s on Peeler Road at Love’s Travel Stop.
Officer’s seized the money because it was found while searching for the vehicle for drugs.
Capt. John Sifford explained the courts and the restaurant will have to sort out the details regarding the money if it belongs to McDonald’s.
He was issued a $5,000 secured bond and has since been released from the Rowan County Detention Center.
Contact reporter Shavonne Potts at 704-797-4253.