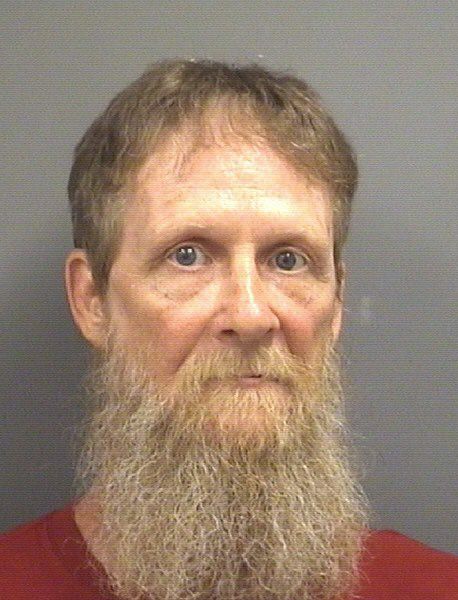 Rowan authorities charged a brother and sister for failing to report an address change for the brother, who is a registered sex offender.
The Rowan County Sheriff’s Office charged Earl Thomas Dishman, 51, of the streets of China Grove, with felony failing to register as a sex offender. Dishman is also in violation of being within proximity of a school, therefore violating the sex offender residence statute. He remains in the Rowan County Detention Center under a $5,000 secured bond.
Arrest warrants said Dishman made his residence at his sister’s home, in the 100 block of Pethel Drive, directly adjacent to the property line of Landis Elementary School. The warrant said from the school building and Pethel Road home is 490 feet. The law says a registered sex offender cannot be 1,000 feet within distance from a school facility.
His sister, Janice Dishman Smith, 60, was charged with felony failure to report a sex offender. She was issued a $1,500 secured bond and has since been released from the Rowan County jail.
Officials said Smith knowingly allowed her brother to live at her home and knowing he had given the Rowan County Sheriff’s Office another address. When detectives tried to arrest Dishman, officials said his sister told detectives she had not seen him in several months. Smith told investigators she knew her brother had warrants on him, but “thought they were unfair,” according to an arrest warrant.
On June 3, Dishman changed his address to what he told authorities was a friend’s house.
Detectives discovered Dishman parked his truck at the friend’s house and covered it with a tarp. Officials went to that friend’s house and were unable to locate Dishman.
In 2007, Dishman was charged following a burglary at his China Grove home. He called for law enforcement when someone was attempting to break into his home. When authorities arrived the burglary suspect was coming out of the house. While at the home, investigators discovered a marijuana plant there. The suspect was trying to steal the plant and other items.
Dishman was convicted in 2008 of misdemeanor maintaining a dwelling place for a controlled substance.
Contact reporter Shavonne Potts at 704-797-4253.