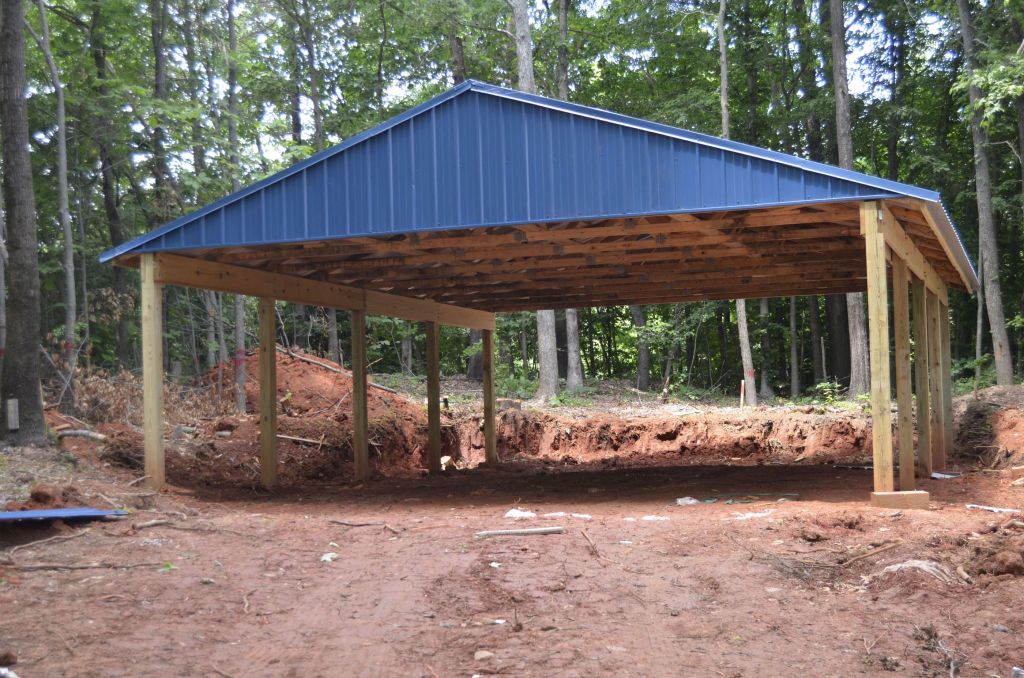 EAST SPENCER — The town is about to embark on a multi-phase plan to redevelop and expand Royal Giants Park, but first it must raise funds for the project.

Town Administrator Macon Sammons said the town has about 35 percent of funding to complete the first of a five phase plan.

The plan is estimated to cost $4.35 million and go through 2025. The town plans to start developing the first phase in mid-2015.

Sammons said the work that has already begun at the park, which includes a picnic shelter that’s been erected, is a precursor to Phase 1 of the project.

Alderman Otis Gibson is but one of many who’ve volunteered their time, donated supplies and spread the word about the rebirth of Royal Giants Park.

The youth in East Spencer don’t have any place to go for activities, Gibson said, and he hopes that once the park is restored it will be that place. He said not all of the children can afford to go to the YMCA.

Gibson and the other volunteers have been working on the shelter at the park. The roof was recently added and volunteers still have more to do including build a retaining wall.

Once completed the shelter will be dedicated in honor of longtime East Spencer superintendent Jerry “Jake” Leach, who was head of the public works as well as the water/sewer department in the 1970s.

Sammons said the town currently has three sources of funding, but are seeking others. The town was awarded a grant from the Blanche & Julian Robertson Family Foundation, Rowan County and the town has made a contribution over three years.

The town signed a letter of agreement from the Foundation for the $50,000 grant to aid in the renovation.

The grant will be awarded over two years and is a first step to a larger project, Sammons said, it will help the town raise a match for a larger Parks and Recreation Trust Fund (PARTF) grant it is seeking.

“We knew we had to show we were committed to raising funds,” Sammons said of the contributions.

“We would have to submit an application to the state by the end of January 2015.