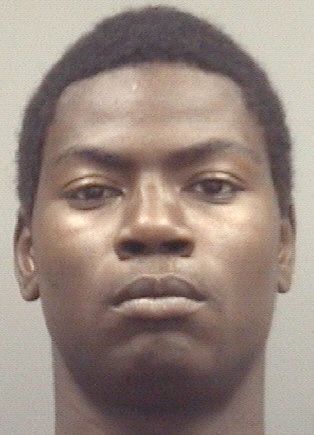 A Salisbury man was shot to death overnight on East Fisher Street.
Today at 12:50 a.m., Salisbury Police responded to a call about someone being shot at 319 E. Fisher St.
When officers arrived, they found Marquis Antonio Feamster, 23, of the Fisher Street address, lying in the yard. He had been shot and was confirmed deceased.
Police Capt. Shelia Lingle also confirmed Feamster is the brother of Treasure Feamster, a 13-year-old teen who was shot and killed in March 2007 after a teen party at the J.C. Price American Legion Post. Treasure was among hundreds of people in attendance at the party when a fight involving rival gang members escalated and turned violent. She was shot in the crossfire as she and other party-goers ran for cover.
Feamster’s mother, ShaRhonda Feamster, said she’s at a loss for words. She spoke with a Post reporter from her Salisbury home.
She said she received a phone call about the shooting around 1 a.m. and rushed to East Fisher Street. ShaRhonda Feamster said when she arrived she was met by Salisbury Police, who informed her Marquis was dead.
Feamster said her son did not live at East Fisher, but sometimes stayed with a friend who did. The house was “where everybody hung out,” ShaRhonda Feamster said.
She said he also sometimes stayed at her home. Her son has a daughter, Zoriah, 3, Feamster said.
She recalled that Marquis cooked for the party the family held to honor Treasure, who would have turned 21 in June.
ShaRhonda Feamster said his death brings back painful memories of Treasure’s death.
“He was my oldest. I’ve lost my oldest boy and my oldest daughter,” she said through tears.
Marquis Feamster’s shooting is not connected to a homicide the Salisbury Police are investigating on East Lafayette Street. Three weeks ago, someone shot and killed Shanta Maurice Lomax outside a complex there. When police arrived Lomax, 36, was found dead behind an apartment. No arrest has been made in that case.
Lingle said Feamster was shot in the back, but did not specify how many times. She also said the shooting was not random.
Salisbury Police Chief Rory Collins said investigators believe the person involved and Feamster were acquaintances. No arrests have been made.
Anyone with information regarding this matter is encouraged to call the Salisbury Police Department at 704-638-5333 or Crime Stoppers at 1-866-639-5245. These calls can be made anonymously.