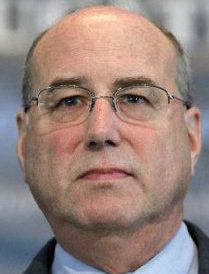 RALEIGH (AP) — To critics, Republican Art Pope has gotten just what he wanted during his first 18 months as Gov. Pat McCrory’s state budget director by exerting too much influence on taxes and other issues.
Pope’s defenders say it’s ludicrous to believe the retail store CEO pulls the strings of state government. They point to policies McCrory espouses that run counter to the views of Pope or conservative think tanks his family has given tens of millions of dollars to over the years.
The decision by senators recently to threaten Pope with subpoenas unless he showed up to explain McCrory’s Medicaid spending calculations may diminish his perceived influence in Raleigh. Once Pope came voluntarily, senators proceeded to grill him and his lieutenants for two hours.
“Mr. Pope has my respect,” said Sen. Tommy Tucker, R-Union, but “I just ask tough questions when the numbers don’t add up.”
As for Pope himself, the former Wake County state legislator says he’s used to rolling with political punches. As an attorney in the mid-1980s to then-Gov. Jim Martin, Pope also learned his viewpoints wouldn’t always carry the day because he wasn’t the elected official.
“My job is to advise the governor and present information to him that’s just not my personal advice,” Pope said in an interview last week with The Associated Press. “And once the governor makes a decision, my job is to implement those decisions.”
Pope, 58, gets more attention than his predecessors as budget director because of his lengthy political involvement in North Carolina.
The John William Pope Foundation, named for Pope’s late father, gives millions annually to the John Locke Foundation, Civitas Institute and other right-leaning groups. Variety Stores Inc., a company led by Pope, gave almost $400,000 to two independent groups in 2010 that targeted General Assembly incumbents with issue-oriented ads. The Republicans that year took over both chambers of the legislature for the first time in 140 years.
Sen. Floyd McKissick, D-Durham, said Pope has disproportionately influenced state government as budget director because funds linked to Pope helped elect like-minded legislators.
“He must take ownership of the policies that he’s implemented … if you’re the force behind the significant transition of power,” McKissick said.
He accused Pope of successfully pushing a tax overhaul that benefited the wealthy. The governor signed laws last year that cut maximum unemployment benefits and refused to expand Medicaid. Last year’s budget also ended voluntary public financing for appellate court candidates. Pope opposed such a program in the past.
“There are winners and losers in every budget. And in the budget he produced, it’s undeniable that Mr. Pope won big,” McKissick wrote in a statement last month for the U.S. Senate Judiciary Committee on campaign finance.
Pope blames liberal groups that receive outside money from Democratic-leaning organizations for promoting conspiracies about his hand on state government.
Tax, Medicaid and unemployment insurance laws approved in 2013 received widespread Republican support. But some McCrory policy preferences haven’t jibed with think tanks which Pope and his family have helped.
The state chapter of Americans for Prosperity, a beneficiary of Pope family foundation donations, ran a radio ad last month urging listeners to oppose an extension of the state’s film incentives program. McCrory has sought to retain incentives in an updated form and supports some forms of targeted tax incentives. John Hood, president of the John Locke Foundation, said Pope doesn’t tell him or his staff what policies it should or shouldn’t espouse.
While Pope was a frequent critic of incentives programs as a state House member, he wouldn’t describe his views today on film incentives: “I don’t have a personal opinion as state budget director.”
Senate Minority Leader Dan Blue, D-Wake, who has known Pope for decades, said Pope appears to be a practical person when it comes to his budget role. On whether Pope was a good fit for McCrory, Blue said, “history will have to be the judge on that.”