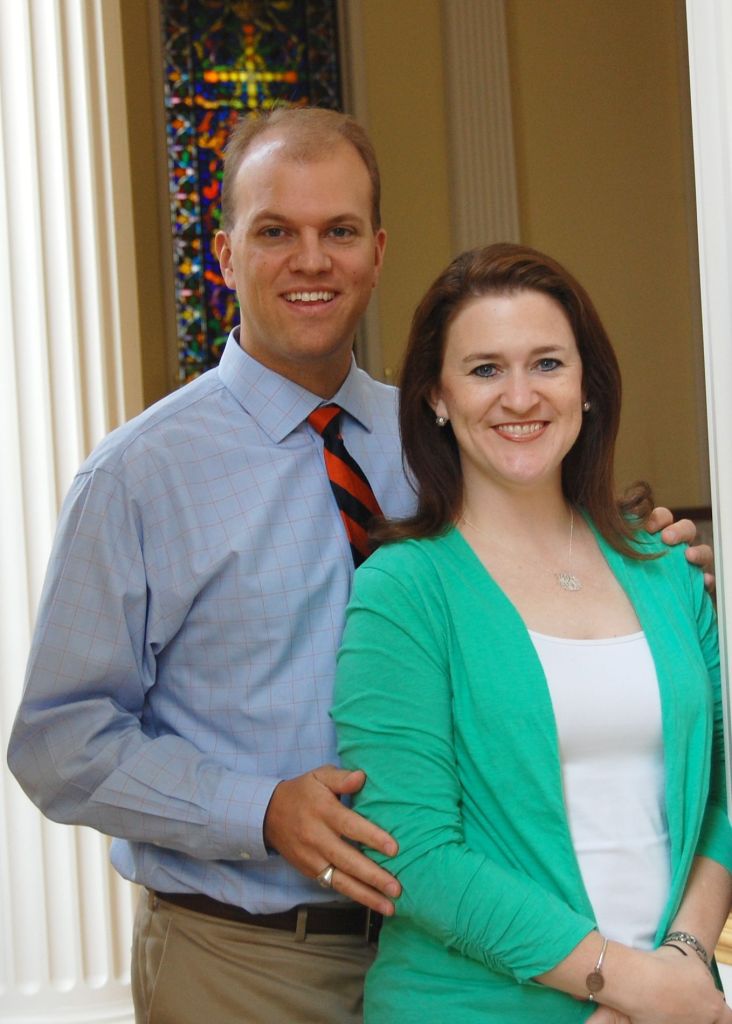 Senior pastors at First United Methodist Church of Salisbury have typically been well-seasoned and fairly advanced in their careers.
That’s set to change on July 13, when 35-year-old Dr. Mark Conforti will take the pulpit and become the youngest senior pastor in the church’s history.
Conforti is replacing Dr. Steve Haines, who has retired from ministry after serving as the church’s senior pastor for seven years.
George Hines, chair of First Methodist’s staff-parish relations committee, said that hiring such a young pastor would be major change but one that could help attract younger people to the downtown church, which was founded in 1783.
“I think everybody will be excited about this,” Hines said.
Conforti says he believes he will bring fresh energy to the church, as well as some giftedness in preaching and leadership.
“I want to find a way to connect the traditions of the church with younger people who are looking for something special and meaningful in their lives,” he said.
Conforti has a wife, Mary Allen, and they have three young children: Connor, 8; Tyler, 6; and Mia, 3.
Born and raised in South Florida, Conforti says he loves living in North Carolina and raising his children here.
“I’m really thankful that we will be living in Salisbury and making a home here,” Conforti said. “This is a wonderful church and a community with a wonderful heritage. I’m excited to be a part of it.”
Conforti has an undergraduate degree from the University of Florida, where he studied religion and mathematics, a Master of Divinity degree from Duke Divinity School, and a Doctor of Ministry degree in Church Leadership Excellence from Wesley Theological Seminary.
Conforti served for five years at Davidson United Methodist Church and most recently for five years at Salem United Methodist Church in Morganton.
At Salem, Conforti worked to cultivate lay leadership and encourage members to go beyond the walls of the church and live out their discipleship at home, work, school and the marketplace. He helped introduce new ministries, including shepherding groups, a praise band, and an after-school tutoring program called Quest Kids. He also helped his church start a prison ministry at Foothills Correctional Institute and a food ministry for families in need.
Conforti is comfortable in different settings, from large churches with affluent congregations to smaller rural churches. He’s also comfortable with a variety of worship styles, from traditional to contemporary.
“As a drummer, I love a great praise band,” he says. “As a former chorister, I love a traditional choir as well. The spirit of the people, whether in a traditional or contemporary setting, is what ignites me.”
His first order of business at First Methodist, Conforti says, is to learn about the people in the congregation “and love them for who they are.” Then, he says, he will be in a position to lead. He hopes to build relationships not only within the church but in the community at large.
His leadership is interactive, Conforti notes. “I always look for ways to help the congregation take its next faithful steps in ministry….I place an emphasis on listening, partnerships, building consensus and team-building.”
Conforti has written a book called “Clergy Mentoring: The Tie that Binds.” He also writes a blog, “Sports and Theology,” which allows him to discuss one of his passions — sports — from a theological perspective.
In his spare time Conforti likes reading and woodworking — although he’s nowhere near being a master craftsman, he says. He also enjoys running, and he and Mary Allen have signed up to run the upcoming Run/Walk for the Greenway 5K.
First United Methodist will offer one worship service July 13, at 11 a.m., which will allow the entire church to collectively worship and welcome Conforti and his family.
First United Methodist Church is located at 217 S. Church Street. For more information, call 704-636-3121.