A first in all these miles on the road 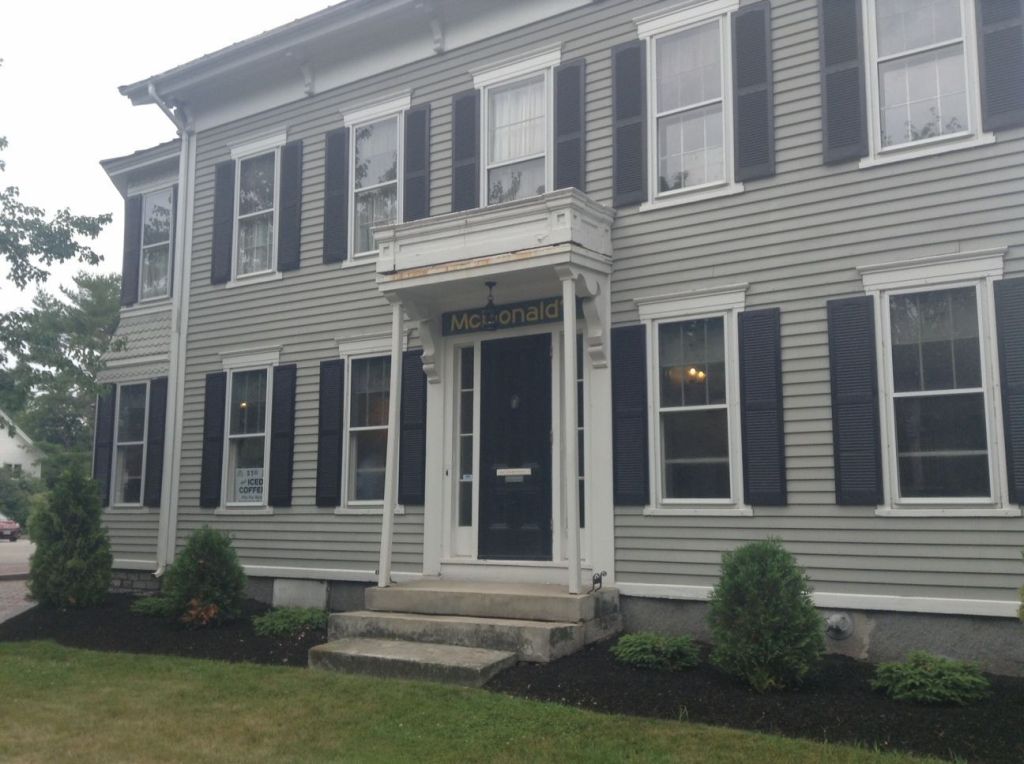 I got up this morning near Warren, Maine, expecting cloudy and possibly rainy. The TV forecasters called for rain early, then getting heavier later in the day. Surprisingly, it was sunny and warm. I hit the road about 6 a.m., hoping to make decent miles today and see some good sites before the rain came.
First town up was Waldoboro, with plenty of water and a beautiful bridge. I didn’t stop long enough to see much there. Then on to Damariscotta, another beautiful historic town. This one had a longer bridge. By this time, it was starting to get cloudy, even misting a little bit. Still plenty of climbing was going on, and frankly my legs were tired. One guy stopped to tell me that the showers were about to start and I should stop in the next town. Lightning was supposed to be a part of the storms, as well as winds.
I kept going, almost stopping at Bath. Their parade was about to happen, but I would have had to wait a half hour. The sky was very threatening at this time. I started to pick things up a little bit on U.S. 1, glad to have finally found a flat stretch near Brunswick. I had noticed that U.S. 1 had now become four lanes for the first time.
Right after that, I was stopped by a policeman. First time that this had happened in almost 5,000 miles of long distance riding. Officer Goan explained that this portion of U.S. 1 did not allow cyclists. He asked me to get off at the next exit, and then find a way to return several miles down the road once it retuned to a two-lane. He was very pleasant and we talked about my other ride and this one too. He even hit the siren as he left.
The next exit was Brunswick, home of Bowdoin College. I found it to be one of the prettiest little towns that I’ve ever seen. With help from Mariellen at the convenience store (I forgot the name), I found the correct route but really enjoyed all the older homes and perfectly kept yards.
Next it was on to Freeport, home of L.L. Bean. The town reminded me of Breckinridge, Colo. Sidewalks were full with an upscale crowd. Lots of classy stores. McDonald’s was even in an old house.
By now, the skies looked bad and more rain was starting to fall. I stopped at the visitor center just before Falmouth. Two very helpful guys gave me some tips on finding a dry place to spend the night. After trying six places, I found one that worked OK in Scarborough. It was pouring when I got here, and still is. A hot shower and some warm food worked well as soon as I got settled.
Tomorrow, I am headed to Portland and then Kennebunkport. The Bushes would probably have called if Hurricane Arthur was not threatening
Just 77 miles today, but every single one of them well-earned. Looks like I will be leaving U.S. 1 tomorrow and getting close to leaving Maine.
David Freeze of China Grove — a running coach, author and speaker — is on a six-week cycling journey of 2,850 miles from Bar Harbor, Maine, to Key West, Fla. He filed this report Friday evening.