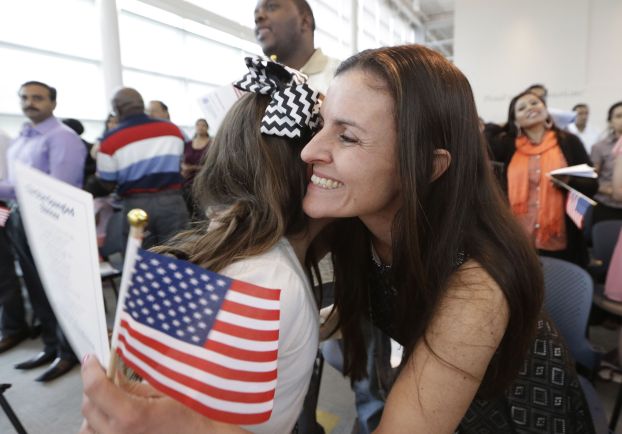 We hold these truths to be self-evident, that all men are created equal, that they are endowed by their Creator with certain unalienable Rights, that among these are Life, Liberty and the pursuit of Happiness.
— Declaration of Independence

You don’t have to go far to find someone to tell you this nation is near ruin for a variety of reasons. In fact, a lot of people write letters along those lines that appear in this newspaper.
The president does too much or too little. Corporate America runs roughshod over the country or is fleeing because of high taxes and over-regulation. Our personal lifestyles have run amok or are under attack by people who want to regulate what goes on in the bedroom. And so on.
Nothing about the nation’s founding foretold a future free of discord or difficulties. If anything, the way this nation came about — a one-time colony that demanded to be free of the British crown and went to war to secure that freedom — almost guarantees that people in these United States of America would have strong and varied opinions about their rights, freedoms and government.
July 4, the day we celebrate the Declaration of Independence, is a good day to celebrate what’s right about America.
We must be doing something right. Central American parents by the thousands are spiriting their children across the border in hopes that they can be part of the U.S. way of life.
We must be doing something right. Nearly 3.4 million people took the citizenship test between 2009 and 2013. Some 91 percent passed, answering such questions as these: What did Susan B. Anthony do? Who wrote the Federalist papers? What is freedom of religion? (Correct answer: You can practice any religion, or not practice a religion.)
We must be doing something right. According to the World Bank, in 2013 the United States had the greatest gross domestic production (GDP) in the world, $16.8 trillion, followed by China at $9.24 trillion. (Note: China’s population is 1.34 billion to our 318 million.)
We are doing many things right — things to which you can’t assign a number or attach a dollar sign. So today we celebrate the fact that we are still free and independent. Enjoy. Have fun. Be safe.

Let’s say that I’m an observant Hindu who keeps a strict vegetarian diet because my religion frowns on killing animals.... read more