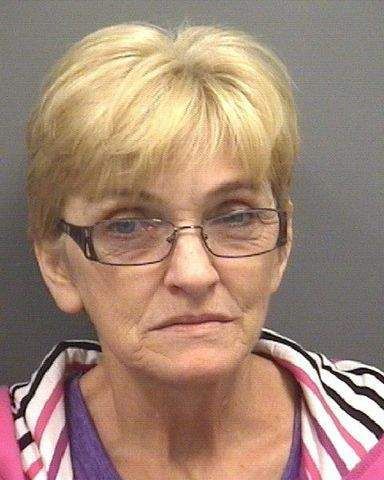 A Rowan County driver who struck and killed West Rowan High School student Makinzy Smith as he was boarding a school bus will not serve jail time for the accident.
Barbara Harrison Smith, 58, unrelated to the teen, received two years of supervised probation in Rowan County Superior Court on Thursday morning.
She pleaded no contest to felony passing a stopped school bus resulting in a death. Since Smith had no prior convictions, the maximum time she could have received would have been 19 months.
Superior Court Judge Mark Klass ordered Smith to six to 17 months in prison, but suspended it, instead giving her probation.
Barbara Smith was traveling on Woodleaf Road on Oct. 17 around 6:30 a.m. when she failed to stop for the bus. Makinzy Smith, 17, was catching the bus a few yards from his grandparents’ home, when he was struck and killed. Witnesses at the scene said the school bus driver had come to a complete stop, extended the stop arm, and the red lights were flashing.
Barbara Smith’s attorney, James Davis, said his client’s windshield was foggy that morning. She told investigators she was not speeding and was in her travel lane, and they confirmed it, Davis said.
Assistant District Attorney Jennifer Suneson said the N.C. Highway Patrol conducted a thorough investigation and by all accounts, Smith was not texting or talking on the phone, and the radio wasn’t loud enough to distract her.
“There was no outside reason she did not stop,” Suneson said.
The teen’s family wanted the maximum sentence allowed and the District Attorney’s Office supported an active jail sentence.
Gary Phillips, Makinzy’s grandfather, ran out of the house when he heard the crash. Phillips said he immediately knew it was Makinzy. He performed CPR, but Makinzy died at the scene.
Phillips attended the hearing with his wife, Brenda, son Gary Jr. and daughter Amy Phillips Flannery, Makinzy’s mother.
Family members said they’ve forgiven Barbara Smith but preferred she be sentenced to the maximum allowed. They were disappointed in the outcome, but glad the court case was over.
In court, Flannery said Barbara Smith will get to enjoy her children and grandchildren, but Makinzy will never have children and she’ll never get to experience grandchildren.
“He had dreams and aspirations that were taken from him,” Flannery said.
“I truly feel they should make the laws stiffer on people that are passing stopped school buses,” Flannery said following the hearing.
“People need to wake up and realize that these are babies out there that have dreams and a life and they would really like to live it and for it to be taken away from them, it’s just not fair. And it’s high time for the laws to stand up and fight for our children because if the law won’t fight for us, who will,” Flannery asked.
Her brother, Gary Phillips Jr., said he wasn’t satisfied with the verdict. “I know he’s the judge and had to make a call, but it doesn’t bring my nephew back,” Phillips said.
He said the family hasn’t had a moment’s peace since Makinzy’s death.
Barbara Smith, standing to face the Phillips family, apologized through tears.
“I am so very sorry. I hope you please forgive me,” Smith said.
Smith said she wished it had been her that died that day instead of Makinzy.
Gary Phillips Sr. said he believed Barbara Smith was sincere.
“I knew the heartfelt apology was true. I’ve been knowing the family since 1983. She was not a bad person, an evil person. I know she meant what she said,” Phillips said.
Barbara Smith declined comment following the court hearing.

Gary Phillips said he doesn’t believe all parties will ever be satisfied with everything.