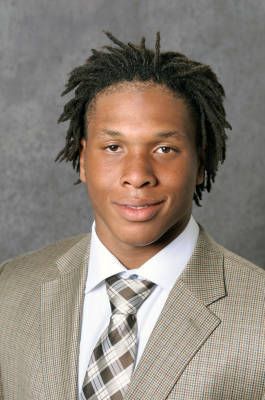 Keion Adams was worried about the extreme cold weather in Kalamazoo, Michigan, his home since last fall and for the near future after signing to play football at Western Michigan last year.
All that was in the past as the Salisbury High grad was hanging out on the shores of Lake Michigan Friday celebrating the holiday. The forecast was pleasant and so is the outlook for his football career.
Adams endured a long winter after a long fall. The Broncos went 1-10 last year, their only win coming in a 31-30 edging of UMass. It was a rough introduction to the Mid American Conference for Adams in coach P.J. Fleck’s first year.
It wasn’t something Adams was used to after helping Salisbury to a state championship in 2010 and being part of three consecutive 10-win seasons while he was there. Adams was one of the most feared defensive players in the county.
“It was definitely eye-opening,” Adams said of his freshman year. “I’d been winning so long at Salisbury. This season opened my eyes to the reality of college football.”
However, a rough season has made Adams and the rest of the Broncos work harder. If you call Adams during a weekday and he’s lifting weights, you’re gonna have to wait a while.
It takes time to sculpt a frame like Adams has built.The former linebacker was around 220 pounds when he came to WMU.
His weight now?
260 pounds.
“It’s a good weight,” Adams said. “I’ve beefed up big time but I can still move and get around like I used to.”
The muscle upgrade made WMU coaches reevaluate Adams’ skills and put him at defensive end, where he’s been No. 1 on the depth chart during the spring. Defensive line coach Vinson Reynolds has aided Adams with the switch.
“I’ve kept it in the back of my mind that it might happen,” Adams said. “They knew I could play any position with my speed off the edge.”
He’s been told DE might be a destination for him at the college level and has been watching videos of former West Rowan star and Jacksonville Jaguars rookie Chris Smith.
“Chris is a great guy and somebody I look up to,” Adams said. “I want to mold my game after his.”
Adams impressed the staff enough to play in all 11 games as a freshman, starting in five of them. Against Kent State, he had three tackles and a pass breakup. Adams recorded a season-best six tackles against Buffalo and forced a fumble against Ball State. He recovered a fumble against Central Michigan.
As a senior at SHS, Adams recieved looks from big-time ACC schools, but none offered him. He’s hoping to make them regret that.
“I’m never satisfied,” Adams said. “Last year was okay because I was a freshman, but it’s not acceptable any more.”
His mom came up for a couple home games and his girlfriend also made the trip several times to see him play.
Adams has a lot to be excited about with the position change, a freshman class that’s garnered attention and road games at Purdue and at Virginia Tech.
“It’s a big stage on TV at a big stadium,” Adams said. “Who wouldn’t want that chance? It’s a chance to show up and perform well if I get where I want to be.”
Adams figures if he can get through the winters, he can get through a rough season.
And be better this year.
“I think we work like no other in the country,” Adams said. “We can go to the top from here.”