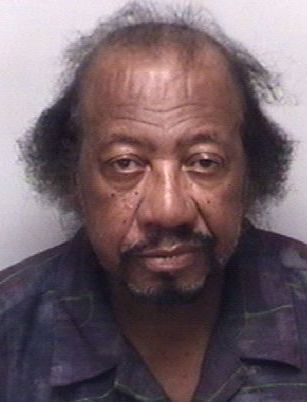 Police charged a 70-year-old Salisbury man with cocaine possession after he was stopped at a known drug house and was found with the drugs, a report said.
Salisbury Police charged John Westly Neely, of the 600 block of North Fulton Street, with felony possession of a controlled substance schedule II. The report said an officer saw Neely drive to the house and drop someone off. The passenger turned to Neely and handed him something through the driver’s side window. Neely was stopped at the intersection of Fisher and Jackson streets.
Neely gave police consent to search his vehicle. Police found four rocks of cocaine in two different prescription bottles that were located in the center console.
Neely has since been released from the Rowan County Detention Center under a $3,500 secured bond. His first court appearance was held Wednesday.
In other police reports:
• A man reported Tuesday he was the victim of fraud that occurred between March 21 and June 13 in the 100 block of Spruce Drive.
• The N.C. Department of Public Safety reported Tuesday a vandalism in the 100 block of East Kerr Street.
• A man reported Tuesday a larceny in the 500 block of West Jake Alexander Boulevard.
Sheriff’s reports:
• A man reported Monday his 1973 truck was stolen from his property in the 100 block of Richfield Road, Richfield.
• A woman reported Monday a simple assault occurred in the 600 block of Erwin Temple Church Road.
• A man reported Monday someone stole his camera sometime between June 21 to June 28 in the 400 block of Dean Road, Cleveland.
• A woman reported Monday someone stole her firearm sometime between June 8 and June 18 in the 200 block of Upland Trail, Cleveland.
• Nicole Angelique Foster, 32, was charged with misdemeanor possession of a controlled substance schedule II in the 67000 block of southbound Interstate 85, China Grove.
• Stephen Edward Rounds, 56, and Stephen Emerson Rounds, 27, were charged with felony maintaining a dwelling/vehicle for controlled substances in the 200 block of West Cemetery Street, Cleveland.
Contact reporter Shavonne Potts at 704-797-4253.