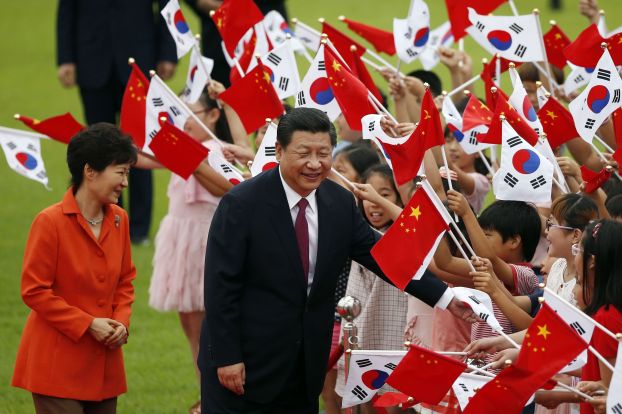 Your daily look at late-breaking news, upcoming events and the stories that will be talked about today:
1. 32 STATES TRAIL US AS A WHOLE IN JOB RECOVERY

Five years after the Great Recession officially ended, most states still haven’t regained all the jobs they lost, even though the nation as a whole has.

2. "CORPORATE PERSONHOOD" CHALLENGES "WE THE PEOPLE"

The latest "Hobby Lobby" ruling by the Supreme Court caps a legal principle that treats companies as individuals.

Intelligence officials are concerned about a new al-Qaida effort to create a bomb that would go undetected through airport security.

Xi Jinping is visiting South Korea ahead of its northern foe in his first official trip to the divided peninsula.

5. OUTBREAK IS LATEST SCOURGE ON HAITI

Cramped quarters, dismal sanitation and ideal breeding grounds for mosquitoes are all helping the intensely painful chikungunya virus to spread.

A Georgia man left behind more than 50,000 images of girls he raped and molested, and the FBI wants victims to come forward so they can be helped.

7. WHERE ALCOHOL-FUELED PARTIES MAY SOON END

8. CHEMICAL SCANNER COULD CHANGE THE WAY WE SHOP, EAT

The Israeli gadget called the SCiO uses infrared technology to indicate how many calories there are in food and what its chemical components are.

July 4 celebrations in states like Arizona and New Mexico will go ahead despite the high threat of wildfires.

10. WHAT ARTHUR WILL BRING TO THE EAST COAST

Your daily look at late-breaking news, upcoming events and the stories that will be talked about today: 1. A JOURNEY... read more