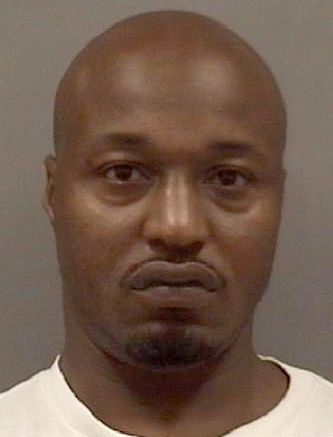 EAST SPENCER — Officers were involved in a short stand-off with a man authorities said who was wanted on 12 outstanding warrants.
East Spencer Police charged Dallas Labron Davis, 41, served 11 warrants for failing to appear in court and one warrant for not paying child support.
The police department received a tip that Davis was at an East Spencer home in the 800 block of Moore Street. Officers went to the home June 25 around 4 p.m. and were able to confirm he was at the residence.
A brief stand off ensued, a statement said, but Davis finally surrendered to officers.
Davis has a number of pending 2012 court cases for driving while impaired, misdemeanor probation violation, a 30-day license revocation offense, fictitious information to an officer, simple possession of marijuana, possession of drug paraphernalia, simple possession of schedule VI controlled substance, and driving while license revoked.
A 2012 case of driving while license revoked. A 2010 court case for misdemeanor assault on a female has also not been resolved. A number of charges this year for communicating threats, resist, obstruct, delay an officer and driving while license revoked but not impaired.
Davis was issued a $43,318.00 secured bond and remains in the Rowan County jail.
He has a lengthy record that includes a number of driving infractions, larceny, breaking and entering and assault with a deadly weapon inflicting serious injury.
Contact reporter Shavonne Potts at 704-797-4253.

SALISBURY — A Lexington tree service spent much of the day Monday cutting down a stately sycamore in the front... read more