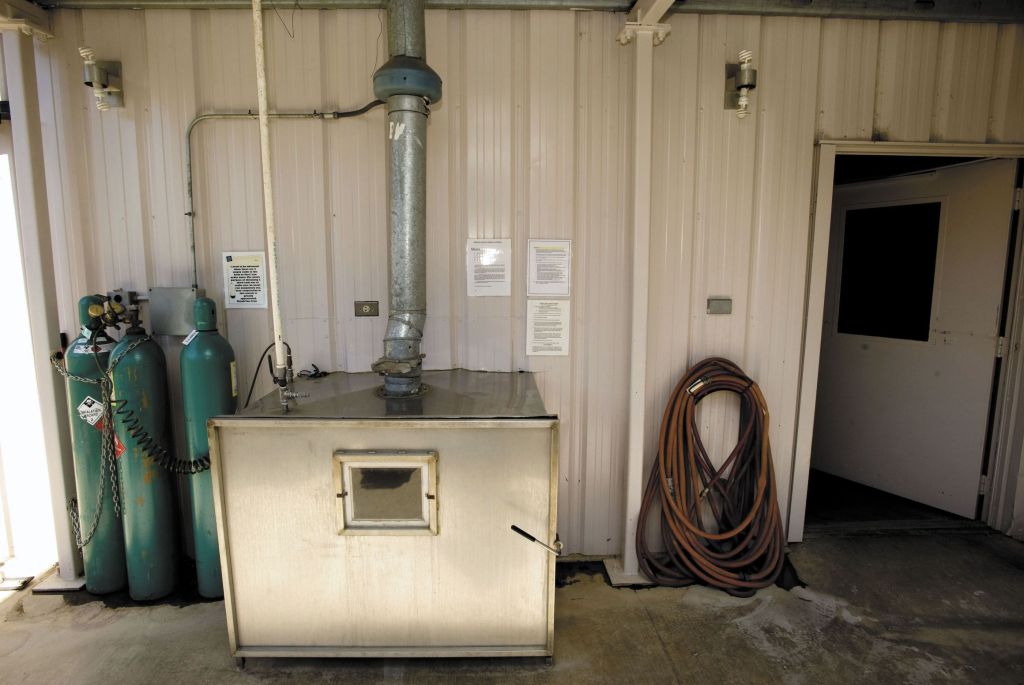 One of the most hated devices at Rowan County Animal Shelter is the gas chamber, according to local animal advocates.
Or, was the gas chamber.
Commissioners told the community’s animal advocates, like those of Fix Rowan, last month the shelter’s gas chamber would be dismantled and removed by July 1.
As of Tuesday, there is no such death device at the shelter.
Animal advocates already have begun lighting up via social media outlets.
Rowan County Manager Gary Page said the stainless steel cube thousands of animals drew their last breath in over the years has been disconnected and transferred to a county warehouse near the southern end of the county’s airport runway.
“As of July 1, the shelter is completely gasless,” Page said. “We told the public we would discontinue its use, and they moved it (Monday).”
Craig Pierce, vice-chairman of the Rowan County Board of Commissioners, said the commission told the public a deadline had to be set to train all shelter employees on how to put down vicious animals via lethal injection.
The training had to occur before the county could dismantle and haul out the gas chamber.
Mission accomplished.
“As of July 1, the gas chamber has been taken out of service,” Pierce said.
Use of the gas chamber has been a hot topic recently with Fix Rowan members, who asserted the gassing method of euthanasia is barbaric.
Fix Rowan members showed up continuously over the months at county commissioner meetings beckoning them to get rid of the chamber and take the shelter further toward being “no-kill.”
The removal of the gas chamber is the next step in the commissioners’ long-range shelter plans – and the final step in being one of the last in the state to use the gassing method of euthanasia.