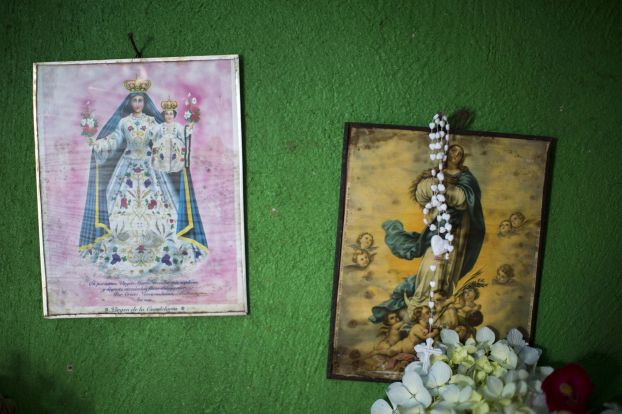 Your daily look at late-breaking news, upcoming events and the stories that will be talked about today:
1. A JOURNEY BEGUN WITH THE BEST INTENTIONS ENDS IN TRAGEDY
The mother of the boy found dead about a mile from the southern border of Texas had begged him not to leave their Guatemalan mountain village. He wanted to earn money to help her treat her epilepsy.
2. CHECHEN EMERGES AS FACE OF JIHAD IN SYRIA: “WE WILL BRING BACK THE CALIPHATE”
Omar al-Shishani, who served in the Georgian army, is a rising star of the al-Qaida breakaway group, the Islamic State of Iraq and the Levant. He is described as “a fanatic of Islam with war experience.”
3. VETERANS AFFAIRS NOMINEE HAS EXPERIENCE, BUT SOME ASK IF IT’S THE RIGHT KIND
Robert McDonald is a onetime Army Ranger and former CEO of a Fortune 500 consumer products company, but may face his toughest challenge yet in fixing the huge, scandal-plagued VA — especially, critics say, since he’s never worked in health care.
4. AFTER CEASE-FIRE, VIOLENCE IN EASTERN UKRAINE
Government troops and pro-Russia separatists fight an hours-long gunbattle in Donetsk as rebels capture the Interior Ministry headquarters.
5. WHERE JAPANESE TOURISTS MAY SOON BE HEADED
Talks between Tokyo and North Korea on a key humanitarian issue could lead to improved trade and tourism flowing from Japan to its impoverished neighbor.
6. WHO IS BACK ON THE CAMPAIGN TRAIL IN NEW HAMPSHIRE
Mitt Romney is in the Granite State to endorse Senate candidate Scott Brown. The former GOP presidential nominee is insisting he won’t be running for the top job for the third time.
7. FTC: T-MOBILE MADE MILLIONS OFF BOGUS CHARGES
The government claims the wireless carrier billed consumers for subscriptions to premium text services that were never authorized.
8. JP MORGAN BOSS HAS THROAT CANCER
Jamie Dimon, the CEO of the nation’s biggest bank, says he will undergo treatment while remaining actively on the job.
9. ARTHUR THREATENS U.S. HOLIDAY
With the July Fourth weekend on the horizon, the Atlantic hurricane season’s first named storm may mean a wet week for the East Coast.
10. HOW THE U.S. WAS ELIMINATED FROM THE WORLD CUP
With three extra-time goals in a thrilling match, Belgium came out with a 2-1 victory over the Americans and a quarterfinal match against Lionel Messi and Argentina.

Summer is officially here and the 4th of July is Friday. That’s your cue to start grilling. Grilling adds flavor... read more