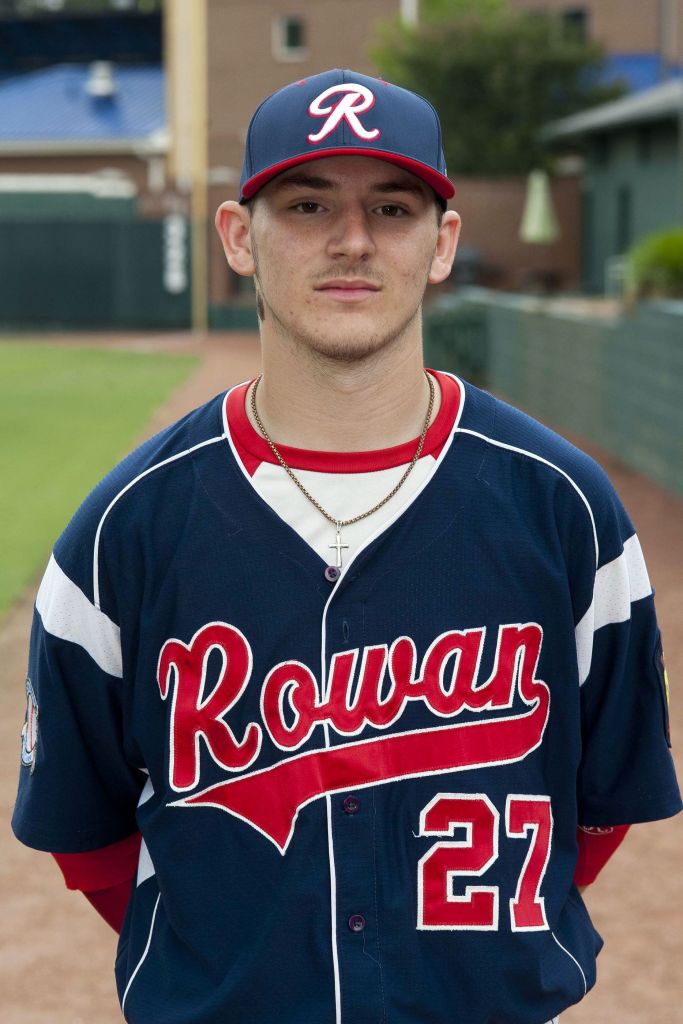 SALISBURY — Rowan County has fired — and landed — the opening volley in its first-round playoff series with Concord.
Despite a subpar performance from unbeaten lefty Connor Johnson, RC rolled to a 9-4 Game 1 victory Monday night.
“We didn’t play particularly well and did a couple things defensively,” coach Jim Gantt said at Newman Park, where Rowan (18-5) gained its ninth win in its last 10 games. “But our bullpen did a great job and we had some key hits. We found a way, and that’s all that matters at this point.”
Even without his signature puppeteers’ control, Johnson pitched into the seventh inning and improved to 6-0. Seven of Concord’s eight hits came against the Catawba signee — and several of them were loud.
“Credit our hitters. We were aggressive at the plate,” losing coach Tommy Small said after Post 51 fell to 8-13. “Not a lot of people hit (Johnson) hard. Even some of our outs were hit hard.”
Concord’s first two hits — Garrett Freeze’s line drive single to center field and Parker Henderson’s double to wall in right-center — produced first-inning runs and put Rowan in an early hole.
“Ah, it’s a long game,” said RC’s Dustin Ritchie. “That’s always my way of looking at it.”
It looked much better after Rowan sent 10 batters to the plate and scored four runs on five hits against right-hander Jesse Klepper in the bottom of the first. Chance Bowden knocked home the first run on a hustle-double before Ritchie put the hosts ahead 3-2 with a well-placed, groundball single into right. He was then gunned down trying to stretch the hit into a two-bagger.
“The count was in my favor (1-and-0),” Ritchie explained. And he threw me a fastball high and out and I drove it through the right side. I rounded first and when the throw went home I figured I’d try to make them make a play. But that catcher (Jacob Rawson) has a great arm. He just hosed me.”
Johnson continued to labor through the fifth, when Concord inched within 5-4 on a passed ball. He escaped the inning by fanning Henderson and inducing a flyout.
“Between innings I kept asking him, ‘What do you feel?’” Gantt noted. “And he’d say, ‘Coach, I don’t know what’s going on.’”
By the time he was pulled with one out in the Concord seventh, Johnson had allowed four runs — three of them earned — struck out two and walked three. He hit a batter and threw a third-inning wild pitch.
“He learned something about himself tonight,” Gantt added. “When you go out there without your best stuff, you’ve got to figure out a way to get people out. You can’t just give up.”
Johnson’s exit cleared the way for teammates Corey Fries, Heath Mitchem and Ryan Jones to provide 2 2/3 innings of air-tight relief. Between them they allowed one hit and struck out five.
Rowan salted the game away with three runs in the last of the sixth. One run crossed on an error before Klepper issued a two-out intentional walk to Bowden, while Luke Setzer’s eyes smouldered in the on-deck circle.
“That kind of aggravated me,” said Rowan’s cleanup hitter. “They doubted me. I don’t like being doubted.”
Setzer left little doubt when he sent a waist-high fastball into right-center for a two-run single and an 8-4 lead. Then in the Concord ninth he made a beautiful, game-ending catch on a long fly ball down the right-field line by slugger Nick Coble.
“With two outs I was him deep and to pull,” Setzer said. “But it was right down the line. I had to go get it and hit the wall pretty hard.”
•