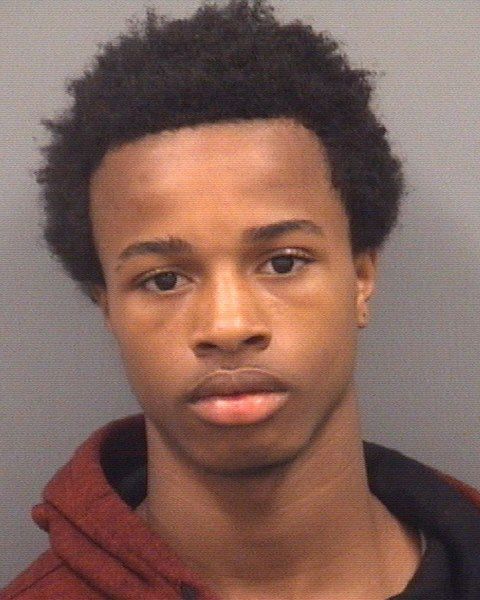 Police: Teen with history of running from police tries to flee, gets two shocks

Police had to shock a teen twice with a Taser, officials said, after he tried to run from them over the weekend while they attempted to serve him with an arrest warrant.
Salisbury Police charged Deante Corey Baker, 17, of the 100 block of East Horah Street, with misdemeanor resist, delay, obstruct an officer and misdemeanor failure to appear.
An officer on routine patrol recognized Baker and remembered he had a warrant for his arrest. Baker was sitting on a bicycle on Burton Street, near Old Wilkesboro Road. There were three other males sitting on a porch at a nearby home. The officer told Baker to get on the ground because he had a warrant, a report said.
Baker threw the bike onto the ground and it appeared as if he were about to run. The report said he put his hands on the house when the officer asked him to get on the ground repeatedly. Baker told the officer that the officer was on private property.
Baker told the officer to “handcuff him.”
He then turned and ran into the house. Baker tried to escape through a back window, but was shocked with a Taser. A report said Baker tried to remove the Taser barbs and was shocked again. He was struck in the thigh and above the waist. Baker complied and police were able to arrest him.
He had a warrant for failure to appear in court on June 9, a report said.
Authorities say this is not the first time Baker has run from police. In April he was charged with resisting arrest after police spotted Baker walking with three other young men. Baker suddenly separated himself from the group. Police said he ditched something inside a trash can and then took off running when an officer asked Baker to come over to him. He ran inside a West Horah Street apartment and tried to leave out the back, but was caught.
Baker remains in the Rowan County Detention Center under a $4,500 secured bond.
In December, Baker was one of several teens charged with breaking and entering, prompting school officials to place North Rowan schools on lockdown. Baker was injured when the suspects crashed their vehicle while being pursued by police. In that incident, Barber ran from the vehicle after the crash.

30 years: From REMAS to Rowan EMS

The sirens go on with the flip of a switch, and Rowan EMS Battalion Chief Bill Hamrick accelerates the gas.... read more