Bridging past and future 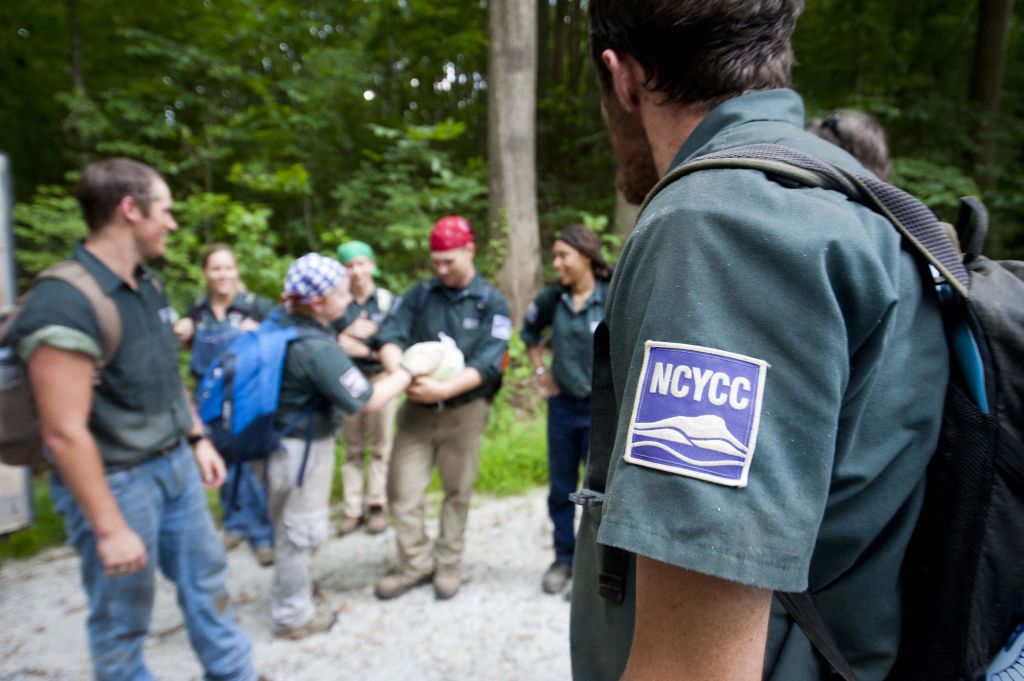 When you hear about the 10-person crew from the N.C. Youth Conservation Corps toiling for eight hours a day and building trails, culverts and bridges in Spencer Woods, you might ask why hasn’t anyone thought of a program like this sooner?
Someone did, of course, back in the Depression days when President Franklin Roosevelt’s administration created the Civilian Conservation Corps as a way to provide employment for more than 6 million young men from 1933-42. Their work generated significant infrastructure improvements for public lands and highways. More important, they also received food, housing, education and $30 a month, which many of the Corps members sent home to support their families.
In the years since, state, urban and service conservation corps have come and gone, as has the federal and state funding for many of the programs. North Carolina’s relatively new Youth Conservation Corps — only in its second summer — relies on private individuals, foundations and corporations to fund the program, provided through a partnership between the Conservation Trust for North Carolina and the Vermont Youth Conservation Corps.
This summer, the N.C. Youth Conservation Corps has sent four different 10-person crews throughout the state to work on projects that will enhance protected lands. The town of Spencer has been fortunate to have a crew for two weeks in Spencer Woods, the 42-acre urban forest off Rowan Avenue.
After Friday, the crew will spend its remaining five weeks building a section of trail in Hickory Nut Gorge near Asheville.
As with the old CCC, there’s a lot more to the Youth Conservation Corps than hard labor in the woods. Designed for young men and women from 16 to 24, the NCYCC uses nature as a platform for teaching environmental stewardship, job and life skills, leadership, community service and personal responsibility.
Each participant who is not a crew leader earns $290 a week before taxes. They often camp, sometimes in back-country locations where they have to sleep in tents, filter their water, live without utilities and cook over a fire.
They participate faithfully in the WoRD program, which stands for Writing, Reading and Discussion. The daily educational exercise uses a compilation of current articles and essays as a springboard for talking about relevant topics each day. The leaders of the crew working here also have taken away all of their group’s electronic devices during the week.
Crew members are immediately dismissed for using alcohol, tobacco or drugs, engaging in physical intimacy, fighting, stealing or harassment.
Participants leave the program with strong friendships and a high conservation ethic. From their long work hours in the outdoors in all types of weather, they grow stronger physically and mentally.
With a tip of the hat to FDR, the Youth Conservation Corps seems like an idea whose time has come — again.