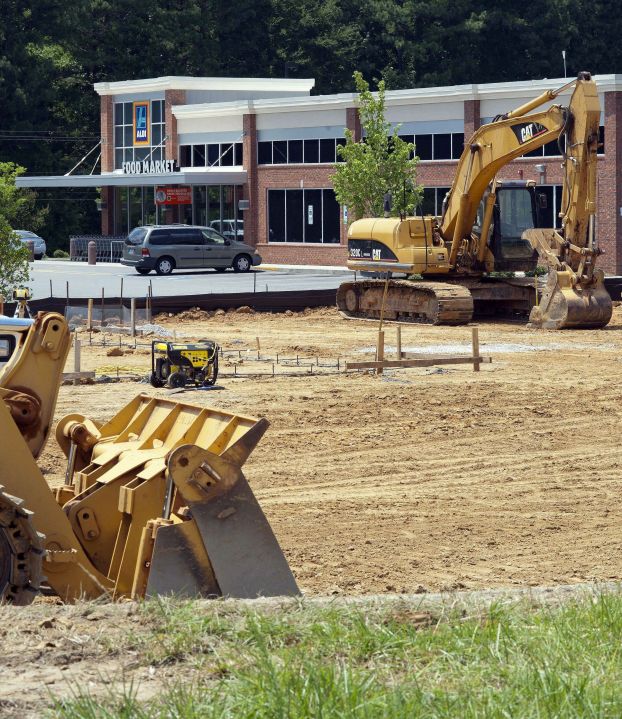 SALISBURY — New stores, services and restaurants are headed to Salisbury, and it’s the kind of development city planners love — “infill.”
Infill uses land in an area of the city that’s already well developed — think the new Panera Bread that went up in the Kmart parking lot — as opposed to constructing new buildings on the edge of town on green space.
“Infill is good because you are building out sections of the city that already have existing infrastructure,” said Preston Mitchell, the city’s Planning and Development Services manager. “It’s less of a drain on the provision of services.”
Taxpayers save money, because the city does not have to extend water or sewer services or build and maintain new streets. And lots that once were vacant at best or eyesores at worst become viable, active commercial properties that boost the tax base and add jobs to the local economy.
Infill development either coming to Salisbury or proposed for the city includes:
• People may start calling the intersection of Jake Alexander Boulevard and Brenner Avenue “Jimmy’s corner.”
Jimmy John’s and Jimmy Clean’s, two unrelated businesses, will open there soon on either side of the new Aldi.
The two Jimmys will join the new Premier Federal Credit Union of Greensboro, also under construction, to complete Westgate Commons. Tax credit-financed workforce apartments are still proposed for the area behind the Aldi but not confirmed.
Jimmy John’s Gourmet Sandwiches was founded in 1983 in Champaign, Ill. and has made a name for itself with a reputation for irreverence and fast delivery. There are more than 1,900 locations nationwide.
Jimmy Clean’s Express Car Wash, on the other hand, is a new company started in Monroe. The Salisbury location will be the company’s second.
Jimmy Clean’s website boasts the “most technologically advanced express car wash in the Southeast,” including a “170-foot long tunnel of car cleaning amazingness can remove every bit of dirt and crud from your ride.”
Sam’s Car Wash, the long-time express service in Salisbury with two locations, seems to be well aware of the new competition. Sam’s recently added a $5 “wash and go” service to its menu, matching the lowest price offered at Jimmy Clean’s.
J.J. Carver Group, the developer of the new Jimmy John’s building going up on the Brenner Avenue side of Aldi, will have a small retail store attached to the restaurant. A tenant has not been named.
• Near Interstate 85 at exit 76, a Chicago developer has purchased an odd parcel from the N.C. Department of Transportation on the corner of East Innes Street, Faith Road and Bendix Drive, next to Swicegood Paper Corp.
No permits have been issued yet, but city planners have had a pre-application meeting with InSite Real Estate, which is proposing a 8,100-square-foot building with several retail tenants. If the project moves forward, the building could look like the one nearby that houses Radio Shack and FedEx.
An unused lot in the heart of the city with a concrete or asphalt pad is a good example of the ultimate infill, Mitchell said.
• A new Golden Corral is in the works but not yet approved for infill development behind the Lowe’s shopping center on Bendix Drive.
Bill Earnhardt of Salisbury, who owns about 7 acres of land behind Lowe’s, has submitted plans to the city for a Golden Corral. Earnhardt plans to build a short road off Bendix Drive that would serve the restaurant and possibly connect to the private drive that runs through the shopping center.
The city wants the shopping center owner to turn the drive, which meets the specifications, into a public street.
Activity in the city’s One Stop Shop for Development has picked up, Mitchell said, and developers are particularly interested in smaller scale infill projects.
Two- or three-unit commercial buildings, like the Panera Bread-Mattress Firm combination on East Innes Street and the FastMed Urgent Care-Sleepy’s duo at Wallace Commons, have become especially popular with developers, Mitchell said.
Contact reporter Emily Ford at 704-797-4264.

Plans submitted for Golden Corral off I-85

SALISBURY — Golden Corral may be coming to Salisbury. Bill Earnhardt of Salisbury owns about 7 acres of land behind... read more