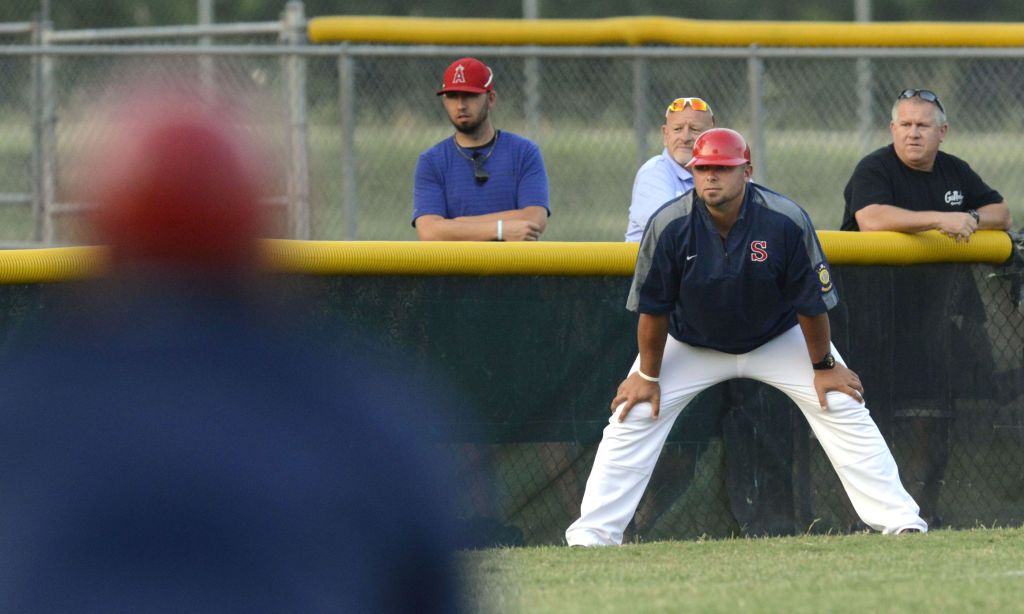 LANDIS — Southern Rowan had a multitude of opportunities to finish second in the Southeast Division of Area III on Friday night but stranded a string of runners at third base and lost 8-7 in 13 innings to Stanly County in a game for the books.
Stanly (10-13, 5-3) swept Southern (7-11, 4-4) and will host Southern at Albemarle’s Montgomery Park on Monday night in the first round of the playoffs.
Southern played 22 innings on Friday. This loss followed a routine 6-1 win against Kannapolis.
Stanly got a remarkable play from its first baseman in the ninth to stave off defeat— he scooped Chandler Corriher’s grounder with his glove and flipped it home for a forceout all in one motion for the second out of the inning — and finally squeezed home the decisive run in the 13th.
Southern scored four runs in the first, when Ben Gragg, Colton Laws, Owen White and Eric Stowe produced hits, but Southern didn’t do much against Stanly hurlers the rest of the way.
Dillon Atwell started on the mound for Southern and was in control with a 5-2 lead until everything went wrong in the sixth.
Zac Almond’s towering flyball to right disappeared into the twilight for a triple that keyed a five-run Stanly sixth. All the runs were unearned as South kicked a routine grounder with two out before things went haywire.
Down 7-5, South pulled within 7-6 in the eighth when Dylan Carpenter walked with the bases loaded.
South tied it 7-7 in the ninth when Hunter Travis bunted home a runner from third.
But South failed to capitalie on golden opportunities to win the game in the ninth, 10th and 12th.
Dylan Snider pitched well in relief for South. Ben Gragg took the loss despite keeping Stanly off the scoreboard for a long time in extra innings.