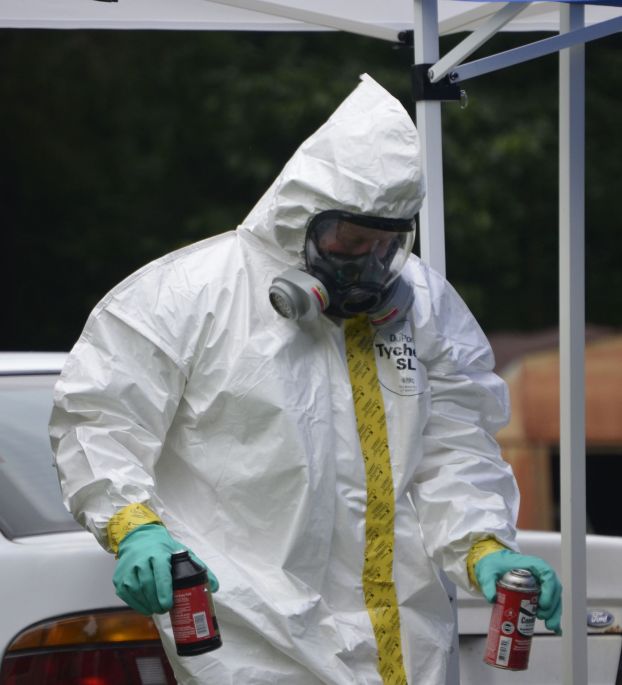 CHINA GROVE — Rowan County Sheriff’s Office investigators are looking into a meth lab at a rental property at 2330 Mary St., in China Grove, just off U.S. 29. Officials said there were eight “one-pot” meth labs and two gas generators found at the property.
A shed behind the single-story home also contained materials believed to have been used to make the meth, which was stored in liter soda bottles. Makers mix materials in the bottles and, through a chemical process, create methamphetamine.
Rowan County Sheriff’s detectives remain on the scene today along with investigators from the Cabarrus County Sheriff’s Office, agents and chemists from the SBI crime lab in Charlotte as well as Bostian Heights firefighters and members of the Rowan County Rescue Squad.
The property owner, who lives across the street from the home, declined to speak with a Post reporter.
Neighbor Brandon Porter said he’s lived in the neighborhood for 15 years and is shocked to discover a meth lab was inside the home. He said he allowed his 4-year-old son to play with the child of the couple who rented the home.
Porter said he was upset that his son and his twin nephews, who are 8, may have been exposed to meth.
Rowan County Sheriff’s Office spokesman Capt. John Sifford said investigators have identified two suspects and will be seeking criminal charges against them. Further information will be released when it becomes available.
See Saturday’s Post for more details.

For the twelfth year, Tar Heel Boys State is being held in Rowan County. This year also marks the 75th... read more